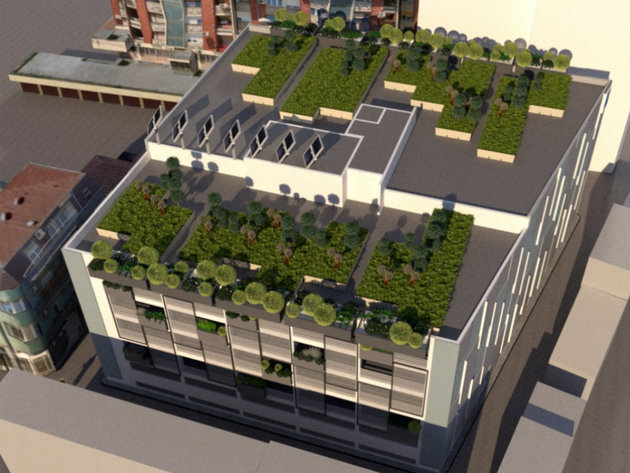 (Photo: JKP Šumadija)
The works on the construction of the first aboveground multilevel block garage in Kragujevac began with the laying of the foundation stone on October 29, 2019. The projected deadline for the completion of the works is August 31, 2020, and, as the PUE Sumadija Kragujevac told us, the works are being carried out as planned and in line with the weather conditions.

– The contractor is the consortium of Strabag doo Beograd and Strabag ad Austria. At the moment, the contractor has not filed any requests for extending the deadline – says Marina Arsenijevic, PR and the head of the Marketing Department.

The facility should have a basement and six floors, including the ground floor, with a total gross developed area of 7,132 m2 and an area under the building of 1,147 m2. The garage will have 200 parking spaces, three of which reserved for people with disabilities, as well as a space for the charging of electric cars.

What's especially interesting about this project is that the garage will be ecological. 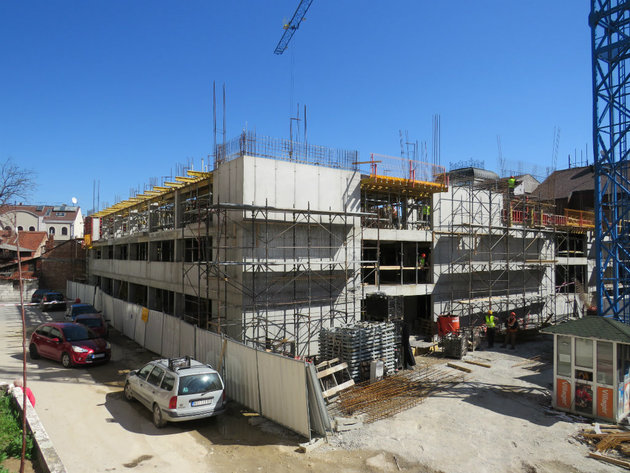 The works on March 13, 2020 (Photo: JKP Šumadija)
– The garage features energy efficient solutions. In addition to the space for the charging of electric cars, it will also feature solar panels, which will produce energy necessary for the garage's operations – eKapija's interviewee clarifies.

The construction of the garage is financed by the PUE Sumadija Kragujevac with the proceeds from a long-term investment credit of RSD 359,643,293.

– This project will help unload the parking areas in the central city core, and the plan is to build another three aboveground garages in the city – says Marina Arsenijevic.