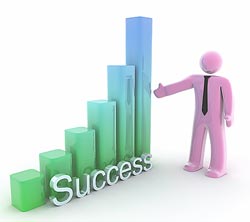 ProCredit Bank declared the winners of ProBusiness Leader 2009 awards today (December 22nd, 2009). These awards are granted to nine most successfuly very small, small and mid-sized enterprises that achieved exceptional business results in 2008 and adapted their operations to the market challenges in 2009 in the most original way.

In addition to plaques and statues, all laureates also got the study travel to Germany, during which they are going to visit some of the most prestigious economic manifestations and the most successful companies in that country.

By the decision of the expert jury of the competition, the first-ranked in the category of mid-sized enterprises is "Fructus" from Bačka Palanka, the company that processes medicinal herbs and produces and sells teas, which realized significant investment in expansion of its production unit in 2009.

The first-ranked in the category of small enterprises is "Premil" from Smederevo, one of the leading manufacturers of pet food in Serbia, while the most successful in the category of very small enterprises is entrepreneurial store "Metalac" from Obrenovac, which deals with production of machines for production of fodder and wood and biomass palleting.

- By granting "ProBusiness Leader 2009" awards, we wanted to stimulate all entrepreneurs to keep investing in their operations, apply technological and other innovations, increase productivity and improve the quality of services and products, create new jobs and improve energy efficiency. Also, we wanted to point to those companies that cherish these values in their businesses and do not see the market challenges as threats, but as the challenges for further improvement - Dejan Janjatović, a member of the Executive Board of ProCredit Bank, pointed out.