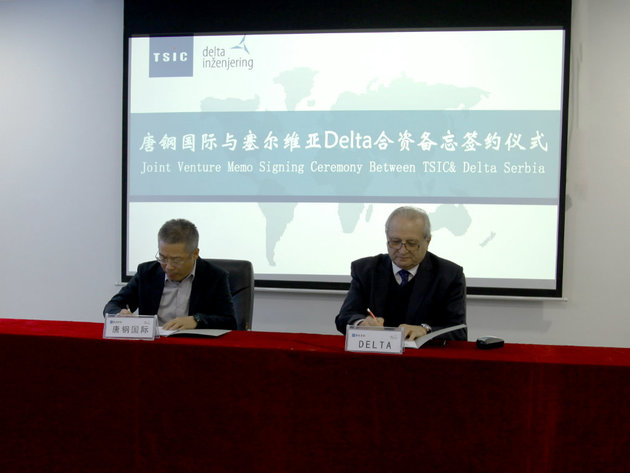 Let us remind that Zelezara Smederevo was bought in 2016 by the Chinese company HBIS, within which Tangsteel operates.

The press release emphasizes that the strategy of the Chinese government within the “Belt and Road” project has provided strong support to HBIS in the purchase of the Smederevo steel mill, as well as in the projects of technological transformation of HBIS Srbija.

– The project of HBIS Srbija is an important project of Chinese-Serbian cooperation, which has resulted in both sides' decision to support it through joint activities – the press release says and adds that the founding of a joint company is only the beginning of a long-term cooperation of the two sides. 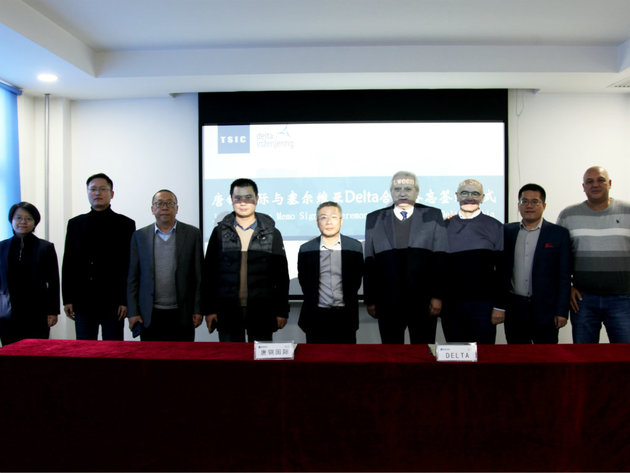 (Photo: Delta inženjering)
At the ceremony marking the founding of the new company Delta Tang, its directors, Han Linkun and Slavoljub Korcakoski, were introduced. The agreement was signed by the heads of Tangsteel and Delta Inzenjering, Liu Yuansheng and Vojislav Todorovic, and the event was also attended by both companies' partners – HBIS Srbija, MCC, CANGGYUAN...

--- Great support to the founding of the new company was provided by the Chamber of Commerce of Serbia. Mihailo Vesovic, the director of the Sector for Strategic Analyses, Services and Internationalization of the Chamber of Commerce of Serbia, pointed out the importance of the cooperation of China and Serbia, adding that the CCIS would always support Chinese partners – the press release says and adds that, with the integration of the knowledge, technology and experiences of both sides, the new company will accelerate the development of HBIS Srbija and work together on developing the cooperation and the opening of the market, not just in Serbia, but abroad as well.
Companies:
Delta inženjering d.o.o. Beograd
Privredna komora Srbije
HBIS GROUP Iron & Steel d.o.o. Beograd
Delta Tang d.o.o. Beograd
Železara Smederevo d.o.o.
Tags:
Delta inženjering
Tangsteel
TSIC
Tangsteel International Engineering Technology Corp Tangshan Hebei
HBIS
Delta Tang
Železara Smederevo
HBIS Srbija
MCC
GANGGYUAN
Chamber of Commerce of Serbia
Vojislav Todorović
Yuansheng Liu
Han Linkun
Slavoljub Korčakoski
Mihailo Vesović
Smederevo steel mill
reconstruction of facilities in Smederevo steel mill
Belt and Road
Share: