Zoran Petrovic new board president of AmCham in Serbia 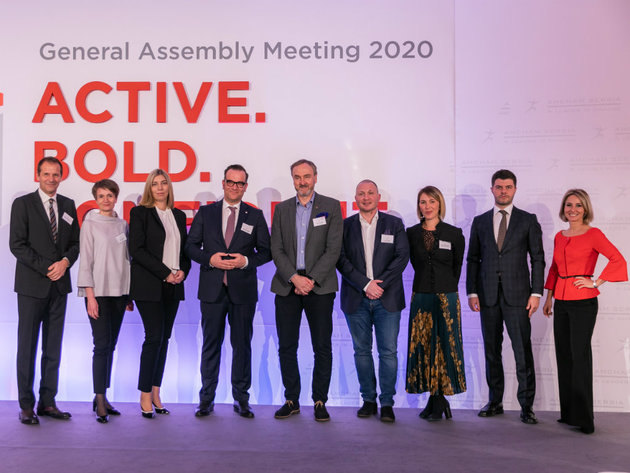 – As a leading independent business association, AmCham will continue to strive to improve the business environment in Serbia, accelerate economic and regulatory reforms, and establish predictable and equal business rules for all. We will continue to provide unequivocal support to the Government of Serbia in implementing reforms, but also provide constructive criticism, which will always be accompanied by formulated proposals and good practices in areas where the economy recognizes the need for improvement. We will continue to be the ears and eyes of the economy, and a partner to the Government with its sleeves rolled up, ready for constant open dialogue – said Zoran Petrović, new AmCham President.

Petrović thanked the previous president, Jelena Pavlović, for her exceptional dedication and energy, thanks to which numerous initiatives and efforts by AmCham were recognized as a contribution of quality to improving the business climate in Serbia.

– Although there are many challenges ahead, macroeconomic stability has been achieved in the previous period, steps have been taken to reduce the grey economy, inspection control has undergone reformulation, but also the process of obtaining building permits is simpler and more efficient than ever. In addition, Serbia continued to digitize, introduce eGovernance, reform the Tax Administration, and reform its Labor Law. Also, we conducted a very constructive dialogue on the topic of justice – Pavlović said.

In addition to the new AmCahm President, member companies voted for Ivan Miletić of Philip Morris International as the First Vice President, Ronald Seeliger of Hemofarm as the Second Vice President, and four members for the position of Untitled Governor: Živorad Vasić of IHG, Milana Jević Gledović of Delhaize Serbia, Sandra Marinković of MSD, and Borislav Miljanović of Represent System.