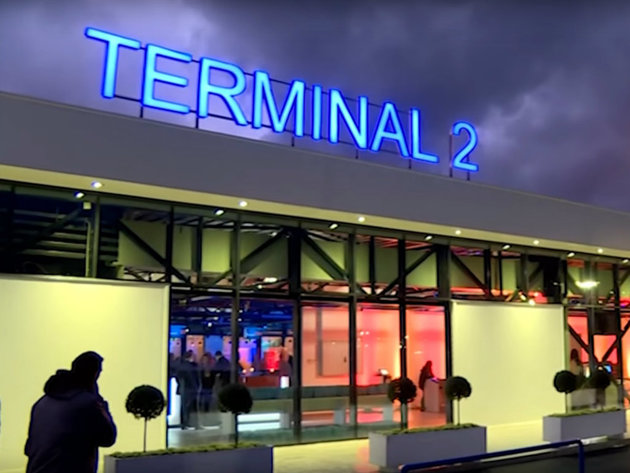 Tivat Airport (Photo: YouTube/screenshot)
One bidder, GMR Airports from India or the consortium of TAB and Aeroports de Paris (AdP) will have to withdraw from the race for airports Podgorica and Tivat, several sources have confirmed for Dan.

The reason is that AdP bought 49% of GMR for EUR 1.34 billion several days ago.

The Ministry of Transport has not yet answered Dan's question whether the French or the Indian company is to withdraw from the further concession procedure or the ministry, that is, the government, will disqualify them due to the violation of the terms of the pre-qualification tender, which saw seven bidders apply.

They need to submit bids at a tender which has not yet opened, despite the announcement made by the transport minister, Osman Nurkovic, that it would be done in the first week of February.
Companies:
Ministarstvo saobraćaja i pomorstva RCG Podgorica
Tags:
Ministry of Transport of Montenegro
GMR Airports
TAB
Aeroports de Paris
AdP
Incheon Airport
Corporacion America Airports
airport
airports
pre qualification tender
concession for airports
Share: