Ljubljana to go zero-waste in a few years 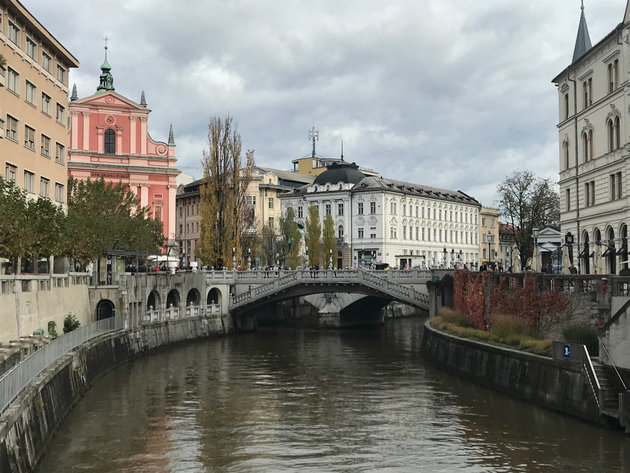 (Photo: S.Šojić/eKapija)
Fifteen years ago, all the Slovenian capital’s waste went to landfill, but by 2025, at least 75% of its rubbish will be recycled. How did the city turn itself around?

Ljubljana is the first European capital to commit to going zero-waste, The Guardian writes.

– And that is expensive. It takes up space and you’re throwing away resources – says Nina Sankovič of Voka Snaga, the city’s waste management company.

So the city decided to change course.

Separate collection of biowaste is set to become mandatory across Europe in 2023, but Ljubljana was nearly two decades ahead of the curve. In 2013, every doorstep in the city received bins for packaging and paper waste. And, most controversially, scheduled collections of the residual waste were cut by half – forcing people to separate their rubbish more efficiently, The Guardian adds.

The results have been impressive. In 2008, the city recycled only 29.3% of its waste and was lagging behind the rest of Europe. Today that figure is 68%, and its landfill receives almost 80% less rubbish, putting it at the top of the recycling leaderboard of EU capitals. The Slovenian capital now produces only 115 kg of residual waste per capita annually. The European city with the lowest figure is the much smaller Treviso, Italy, at 59 kg.

The development of the most modern plant in Europe for treating biological waste has been a major step towards meeting the city’s commitment to a minimum 75% recycling rate by 2025. The Regional Center for Waste Management (RCERO) opened in 2015 and today services almost a quarter of all Slovenia, uses natural gas to produce its own heat and electricity, processes 95% of residual waste into recyclable materials and solid fuel, and sends less than 5% to landfill. It even turns biowaste into high-quality gardening compost.

But it’s not just about processing, The Guardian reminds. Prevention, reuse and recycling lead the way. In addition to door-to-door collection, Ljubljana has two household waste recycling centres where citizens can dispose of their rubbish. The one near RCERO Ljubljana is so popular – it gets more than 1,000 visits a day – that the city plans to build at least three more, with another 10 smaller sites in denser areas. Stuff that isn’t broken gets reused: items are checked, cleaned and then sold at low prices from the facility. And there is a weekly workshop which teaches citizens how to fix broken things.

Zero-waste stores are an emerging trend in Ljubljana, and the Voka Snaga waste department runs its own packaging-free vending machines for household basics. Another innovation means that all municipal institutions now use toilet roll that is produced from recycled milk and juice packaging.

In the historical city centre, where space is scarce, Voka Snaga installed 67 units of containers underground; the bins open with a card issued to residents.