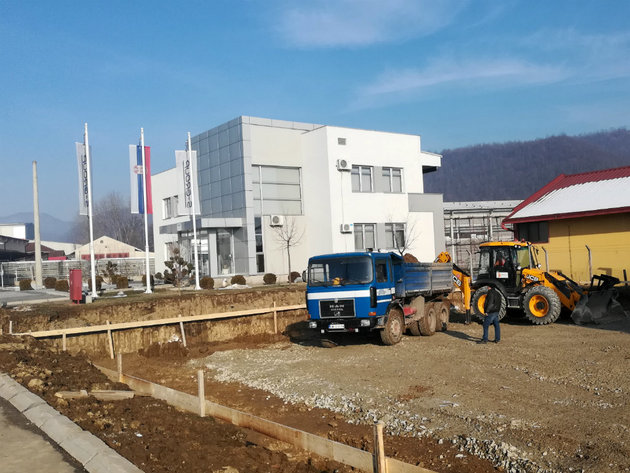 S-Group started working on a new hall in early February. It should feature a new machine for the production of white masterbatch and filler. The new equipment also required the construction of a fully new production facility.

– As the expansion of the capacities has been planned for some time now, we've decided to build an entirely new hall in order to leave room for the procurement of new equipment in the upcoming period – S-Group told eKapija.

As they add, they expect to meet the market requirements and exceed their clients' expectations with the new equipment:

– A lot of effort has been put into this project and a large number of people have been hired, so we hope that the market would recognize the quality and the reliability we offer.

The works on the hall should be completed in April, and the first line on the new machine should be put into operation in May. The company says that investments in the professional training of development technologists are planned for the upcoming period.