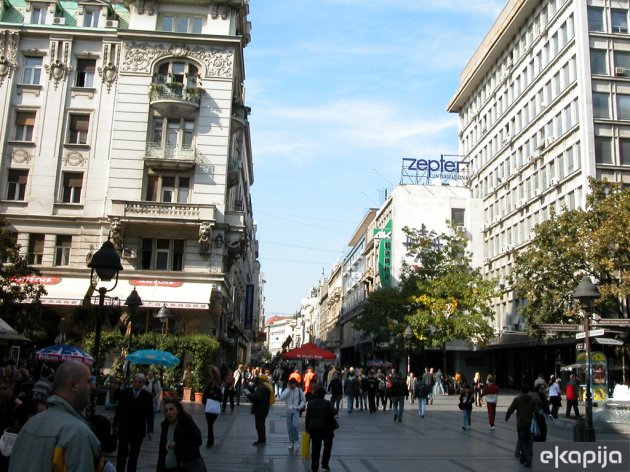 (Photo: Suzana Obradović)
The Belgrade Land Development Public Agency has opened the public procurement procedure for the preparation of the technical documentation for the expansion of the pedestrian zone around Kneza Mihaila Street, between Vasina Street and Uzun Mirkova Street, with a part of Kralja Petra Street and the Academic Square. The invitation also entails the preparation of a preliminary design for the tram route along the Slavija-Kalemegdan line.

The deadline for the preparation of the technical documentation is 290 days, that is, roughly by the end of 2020.

The project should entail the paving of all the said areas with stone, wood and metal and fitting the new paving with the one in Kneza Mihaila Street, a proposition of urban furniture, with descriptions which define in detail how it is procured, installed and maintained, a plan for illumination with a proposition of functional and decorative lighting with defined types of lamps, a presentation of details, a choice of lighting elements and a proposition of their look, as well as a plan for vegetation, the type of seedlings and the way of maintenance.

– The design should comply with the prize-winning plans for the Republic Square and the commercial-residential-office complex in Rajiceva Street (with an exit in Uzun Mirkova Street) and fit in with them – the documentation says.

In addition to the tram route, the project needs to entail bicycle lanes, from Vasina Street to the transition to the Kalemegdan Fortress, with a minimum width of 2 meters in each direction.