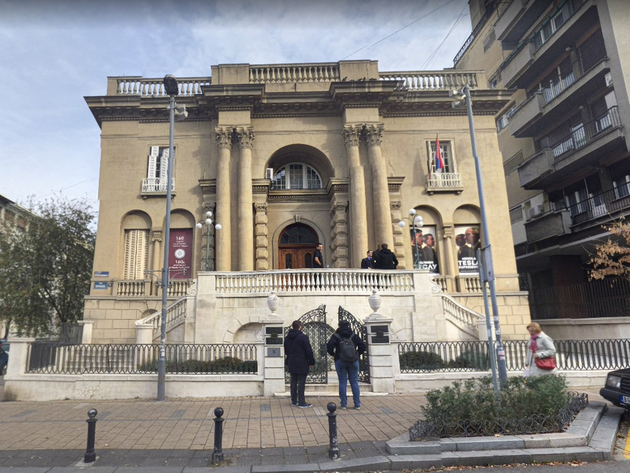 (Photo: Google Maps/screenshot)
The former Railway Station building, the former Thermal Power Plant “Snaga i svetlost” in Dorcol or somewhere else? All three options for the future location of the Nikola Tesla Museum are still viable, as Politika learns unofficially.

No official decision has yet been made, as the cabinet of the prime minister of Serbia, Ana Brnabic, confirmed for Politika, and the Ministry of Culture, the City of Belgrade and the Property Directorate of Serbia agree that the government is to give the final word.

Let us remind that, last week, the head of the Property Directorate, Jovan Vorkapic, said that a project of interior development of the Railway Station building was being prepared, as the building was to be turned into the Nikola Tesla Museum, and added that 3,200 square meters would be dedicated to the great scientist.

As Politika writes, Vorkapic has, however, confirmed to the daily that no formal decision has yet been made by the government, as there's a possibility of having a smaller part of the building, closer to the bus station, housing another, smaller museum.

When asked by Politika who made the decision to move the museum to the building in the Sava Square, Vorkapic did not provide an answer.

– The process of preparing and developing the concept of the new Nikola Tesla Museum, on which the management of this institution is working in cooperation with qualified experts, is in progress. Only when the concept is prepared will the preparation of the architectural design start, and the procedure of transferring the responsibility over the museum from the City of Belgrade to the state is also in progress – Vorkapic claims.

Ivona Jevtic, the director of the Nikola Tesla Museum, says that an official decision has not yet been made.