MIHAJLOVIC: Agreement on reconstruction of Valjevo-Vrbnica railway in April 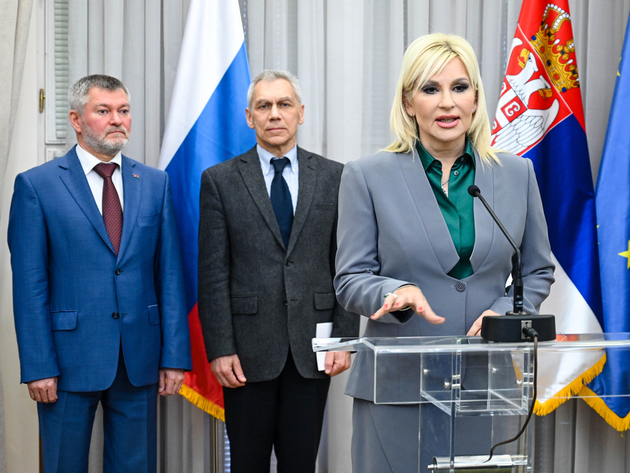 (Photo: Ministarstvo građеvinarstva, saobraćaja i infrastrukturе)
Serbian Deputy Prime Minister and Minister of Construction, Transport and Infrastructure, Zorana Mihajlovic, met this Thursday, February 13, with the first deputy director general of Russian Railways, Sergey Pavlov, to discuss the current and future infrastructure projects in rail transport in the presence of the ambassador of Russia to Belgrade, Alexander Botsan-Kharchenko.

Mihajlovic added that RZD was considering the proposition of forming a joint company for gas train engines in Serbia, which would be of great significance for the Serbian economy.

Sergey Pavlov added that the works on the high-speed railway section between Stara Pazova and Novi Sad were going as planned and that it was a part of the traffic corridor where train speed would reach 200 km/h.