BRNABIC: Contest for operators which will bring internet to 600 places in March 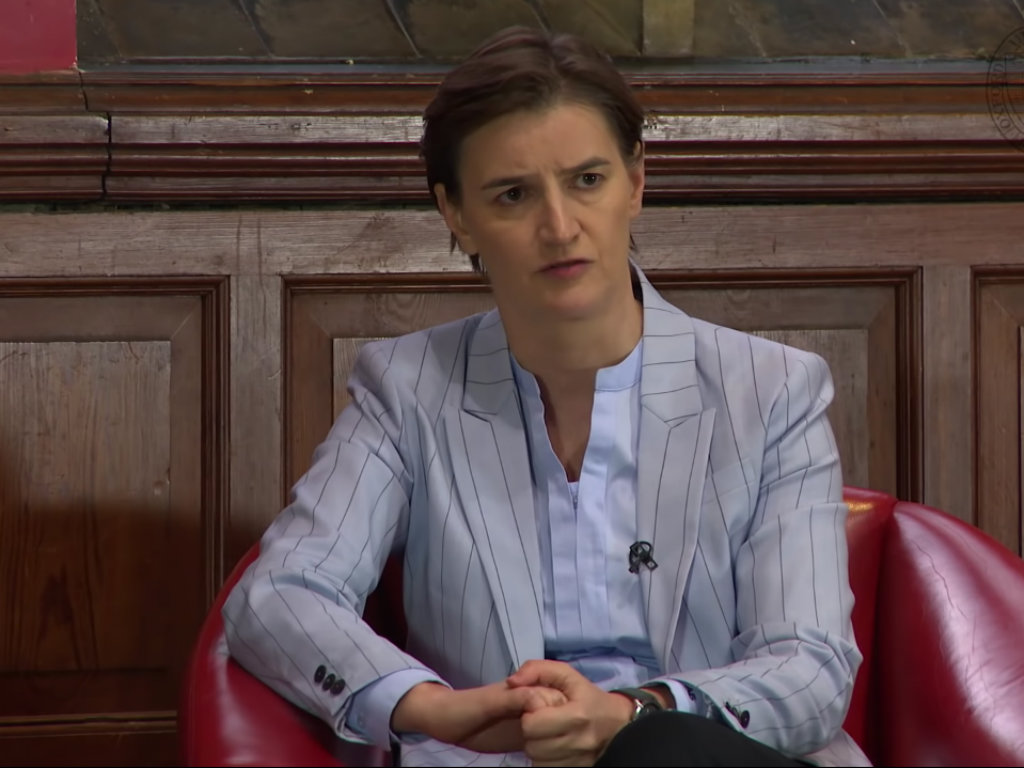 (Photo: YouTube/screenshot)
This year, attention will be paid to the digitization of healthcare, education and welfare cards, the prime minister of Serbia, Ana Brnabic, said at the conference “Digital Cooperation: Transformation of Governments”.

She said that the law on welfare cards was being prepared and that “the focus of the welfare system will improve with its digitization”.

– We will also build a digital highway, the Morava Corridor, so the citizens of Cacak, Kragujevac, Trstenik and other towns along the highway will have an internet connection that's just as fast and good as in Belgrade or Novi Sad, maybe even better. This will facilitate work for business people and help keep young people in Serbia – Brnabic said.

As she said, at the moment, around 30% of the citizens have a weak internet connection, and they need a quality connection in order to be able to use the digital services of the public administration. Therefore, a contest will open this March for operators that will introduce the internet to 600 places with 90,000 residents.

The aim, she said, is for 100% of the populace to get access to the internet in the next three years, as only around 60% does now.

The electronic government, according to her, enables efficient and transparent operations and the fight against corruption, and the digitization of the public administration does not only mean the implementation of modern technologies, but also the reform of that service to the end of rationalizing it.

She said that a data center already existed and that another one was being built in Kragujevac and added that, beginning with 2020, children would register for kindergartens and schools electronically.

Vincenzo Aquaro, Chief of Digital Government at the United Nations, said that digital technology and the internet had transformed the exchange of information.

– More than 140 countries provide digital services, and the offer of special electronic services for women, children, people with disabilities and people living in poverty is growing. The majority of European countries have made big achievements in digitization, with western countries leading the trend, and Serbia has also shown that it has made a lot of progress – Aquaro said.

He said that, at the moment, around 50% of the populace was online, but that 3.5 billion people in the world did not have an internet connection.