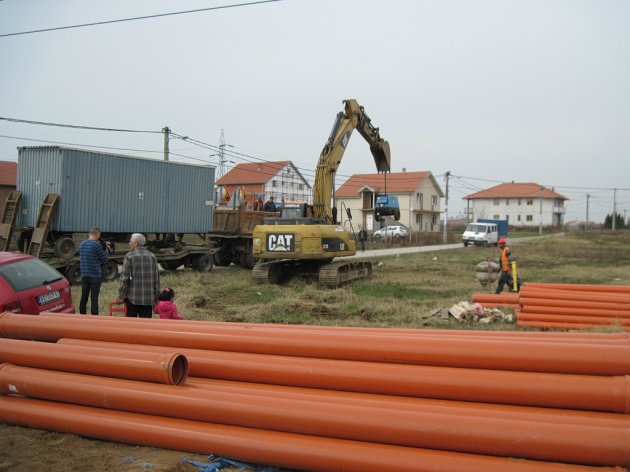 Illustration (Photo: beograd.rs)
The deputy mayor of Belgrade, Goran Vesic, has stated that the European Investment Bank (EIB) has approved a grant of EUR 1.5 million for the preparation of technical documentation for the construction of a sewer in Kaludjerica and a waste water treatment facility in Ostruznica.

– The grant of the European Investment Bank means that we will be ready within a year to open a tender for the construction of a sewer in Kaludjerica, where nearly 30 thousand people have been living without it for decades – Vesic specified.

The preparation of technical documentation for the waste water treatment factory in Ostruznica is to begin as well, he added.

– This facility, which is the third one to be done, after those in Veliko Selo and Batajnica, is important primarily for being located upstream from a drinking water factory, so it makes sense not to have waste water poured into the river here. Another reason is that the completion of this factory will enable the construction of sewer systems in Umka, Ostruznica, Velika Mostanica and a part of Sremcica – Vesic said, as reported by Beoinfo.
Companies:
Grad Beograd
Evropska investiciona banka EIB
Tags:
City of Belgrade
European Investment Bank
Goran Vesić
Kaluđerica
sewer
construction of a sewer
waste water treatment facility
Ostružnica
technical documentation
Umka
Velika Moštanica
Sremčica
Share: