Batajnica to get highway connection by end-2020 – Works on interchange to start soon, value EUR 11 million 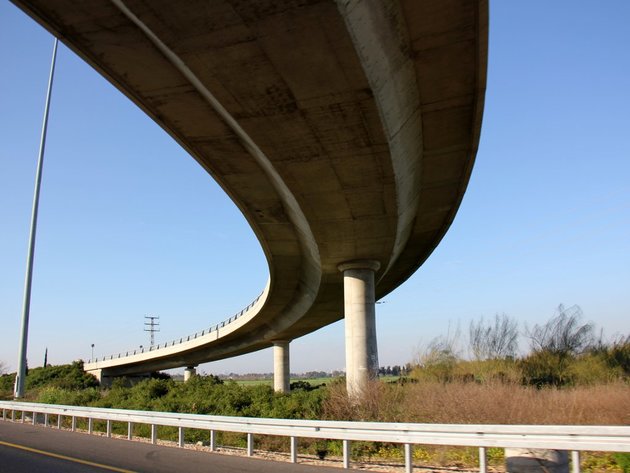 Illustration (Photo: Shimon Bar/shutterstock.com)
This year, Batajnica might get a direct connection to the highway, Novosti reports. The works on the completion of the Batajnica Interchange should begin as soon as an agreement is signed with the contractor, that is, in February or March. The four bids sent within the tendering procedure which opened on December 23 are currently being examined by experts.

More than four years have passed since the last works on the Batajnica Interchange were done, and what remains to be done is for the interchange to be connected to the local road network. The interested bidders are Strabag from Austria, Trace Group Hold PLC from Bulgaria, the Turkish consortium of Maytec Insaat Madencilik and Mehmet Ali Unal Insaat Tahhuut and the local consortium of Unogradnja and Monteprojekt.

– The works are financed from the credit of the European Bank for Reconstruction and Development, and according to the loan agreement, an electronic procurement procedure is carried out. The bids are currently being examined by the commission. The criterion for awarding the contract is the lowest price offered, but the bidder and the bid must also meet the criteria defined in the documentation. That means that the contract will not necessarily be awarded to the lowest bidder. The works are expected to begin as soon as the agreement is signed with the contractor – the Corridors of Serbia, the project's investor, told Novosti.

– A connection between the future Batajnica intermodal terminal and the network of local city and state roads will also be built. The project-technical documentation which defines the works on completing the Batajnica Interchange was prepared in 2018 and 2019. The value of the works on the construction of these traffic routes, including the bridge on the railway, the infrastructural installations, the traffic signalization and the equipment, the collector of fecal and rain sewage and the landscaping is around EUR 11 million – the PE Corridors of Serbia says for Novosti.
Companies:
STRABAG d.o.o.
Strabag AG Wien
Koridori Srbije d.o.o. Beograd
Evropska banka za obnovu i razvoj EBRD
Unogradnja V.V. d.o.o. Beograd
Montprojekt d.o.o. Beograd
Tags:
Strabag Austria
Trace group Hold PLC Bulgaria
Maytec Insaat Madencilik
Mehmet Ali Unal Insaat Tahhuut
Unogradnja
Monteprojekt
Corridors of Serbia
European Bank for Reconstruction and Development
Batajnica
Batajnica Interchange
construction of Batajnica Interchange
connection to highway from Batajnica
Share: