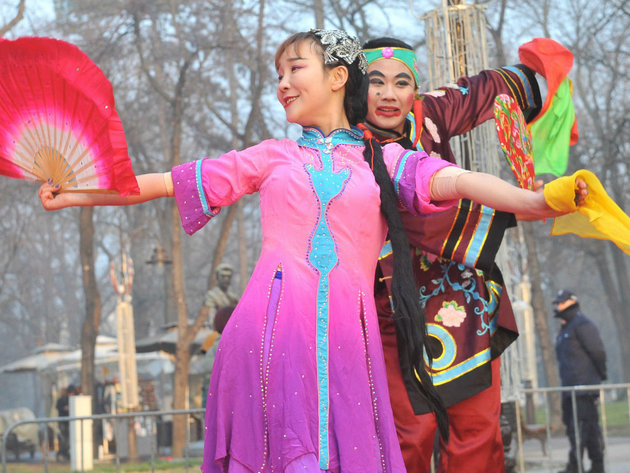 – This is the first year we included Novi Sad in the celebration, which makes sense since most tourists from China visit these two cities. This way we joined the company of such great and significant world tourist destinations as San Francisco, London and Sydney who all have include Chinese New Year's celebrations in the past. When it comes to the region, Budapest and Athens can boast having these celebrations. Everyone is competing for increasing the number of Chinese tourists. Last year, Serbia has between 150.000 and 300.000 overnight stays from Chinese tourists. We are investing significant efforts to present Serbia as a tourist destination and I expect that in 2020 we will make it to 200,000 Chinese tourist who will have visited Serbia, the Minister of Tourism, Rasim Ljajic stated, BeoInfo portal reports.

Ambassador of the People's Republic of China to Serbia, Chen Bo, explained that this holiday has a history of 4,000 years.
– We call this Festival in China the Spring Festival too and it is without a doubt the biggest holiday in Chine. The Chinese New Year's Fair is organized for the first time in Belgrade and I hope Belgrade citizens will get to experience the atmosphere of the Chinese New Year. I wish the best of luck in the New Year to all our Serbian friends.

The Embassy of the People's Republic of China and the Government of Serbia are organizing the event. The event is sponsored by the Shandong Provincial Department of Culture and Tourism and the City of Belgrade.