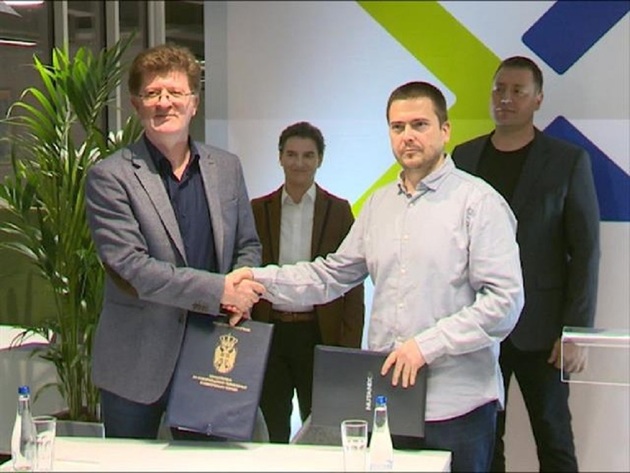 Signing of the memorandum (Photo: Vlada Srbije)
The company Nutanix and the Office for IT and e-Government of Serbia have signed the Memorandum of Understanding which entails the usage of cloud technology in schools and the public government. The memorandum also envisages the opening of an innovative center for digital transformation in Belgrade and the establishment of Nutanix's data center in Kragujevac.

The American company Nutanix entered the Serbian market by acquiring the local startup Frame in August 2018.

The company's vice president, Nikola Bozinovic, said that their great results showed not only Nutanix's growth, but the potentials of Serbia as well, and added that the company's mission was a digital transformation of all companies and institutions.

– Along with California and India, Serbia is the only place where Nutanix's products are developed. Since Nutanix acquired Frame in August 2018, the number of employees has double and that company now employs around 100 people in Belgrade and Nis – Bozinovic said.

It was said that the plan was for the number of employees to increase and for Belgrade to become the company's development center for the whole Europe. The Belgrade team of Nutanix has therefore moved to new premises. In the first phase, the employees will use one floor of 1,550 m2 and a capacity for 120 workers. In early 2020, the works will start on another floor and the total area will amount to around 3,500 m2. The plan is for there to be several hundred employees in this space. 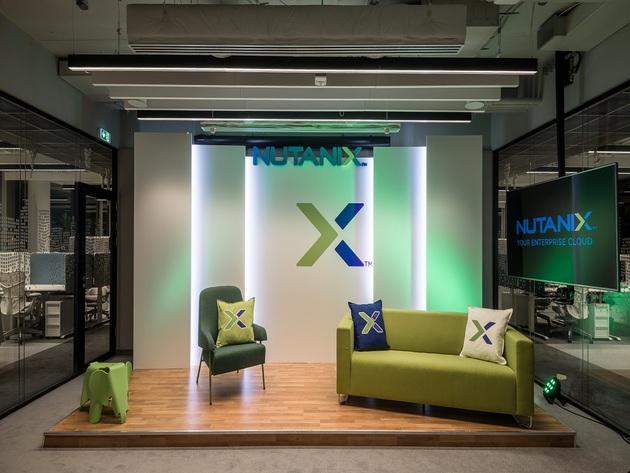 The building where Nutanix will be located is an ecological and smart building, where special attention is paid to a maximum usage of natural light, the saving of electrical energy and the recycling of waste. The entire space is designed so as to provide employees with an ideal balance between work and rest.

The signing of the memorandum was attended by Serbian Prime Minister Ana Brnabic, who said that the arrival of this company, but also the presence of other IT companies, such as Nordeus and NCR, was an example of the efforts to improve the business environment in Serbia, but also the stimulation of the development of IT.

Nutanix, a software development company, has around 5,500 employees and around 15,000 clients, among which are dozens of governments, from the USA to Estonia, as well as large companies.