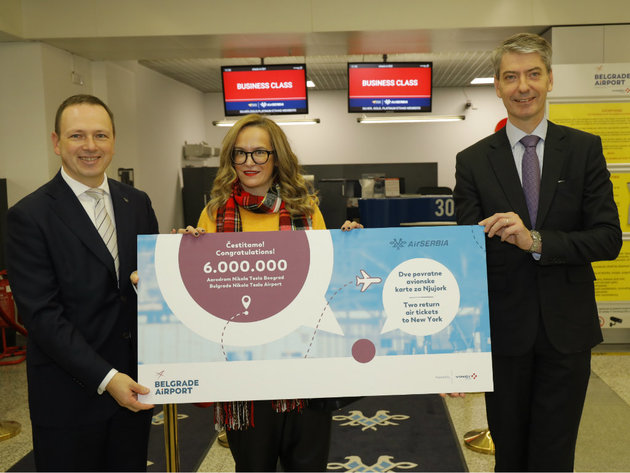 – We have achieved 6 million passengers mark, our best result so far, largely as a result of the opening of as many as ten new routes by Air Serbia, new Air France and ASL Airlines flights to Paris, new Wizz Air flights to Lyon and a very successful charter season – Berisot said, according to the company's press release.

Belgrade Nikola Tesla Airport, for almost a year operated by the Belgrade Airport company under a concession agreement, had marked almost 4,75 million passengers in the first three quarters of this year, an increase of 7,8% from the same period last year. During the third quarter alone, the number of passengers at the Airport increased 9,3% compared to the same period last year.