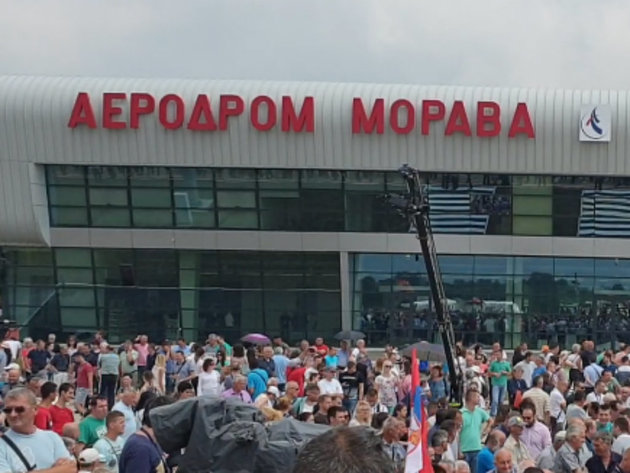 (Photo: YouTube/screenshot)
The first aircraft, belonging to Air Serbia, took off from the Morava Airport in Ladjevci for Vienna at 11.55 am on December 17, the management of the Morava Airport confirmed for eKapija. A total of 70 passengers, a full capacity of the aircraft, headed for the capital of Austria.

ATR 72-500, which took off from Belgrade, was supposed to land at the Morava Airport at 7.55 am, but was delayed due to a thick fog.

Let us remind that the national airline will maintain the service from Kraljevo to Vienna and Thessaloniki based on the results of the tender for the provision of services of regular air transport on lines of public interest opened by the Government of Serbia.

Air Serbia will use the turboprop aircraft ATR-72 for flights to both destinations.

The construction of a new runway has been announced for 2020.