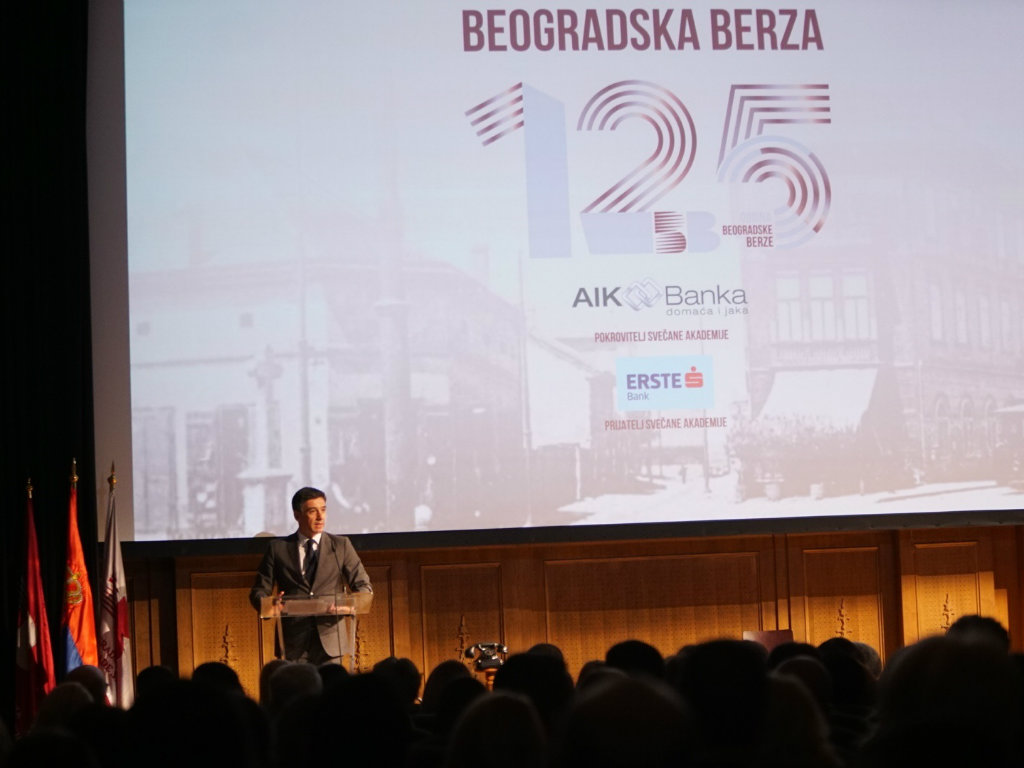 The Belgrade Stock Exchange, the first in the Balkans and older than those in Zagreb and Ljubljana, has celebrated an anniversary – 125 years since its founding and 30 years from the relaunching. The movie about the history of the BSE premiered at the Yugoslav Film Archive Museum.

The movie showed various periods in the BSE's history. Since the 1830s, when the idea of founding an institution which would control the fluctuations of the value of money in Serbia first appeared, various turbulent events have marked the two centuries behind us, from the time the institution was shut down after World War 2, through when it was established again in the late 1980s, all the way to the contemporary events.

– In the 125 years of its existence, the goal of the Belgrade Stock Exchange has remained the same: to establish a modern trade organization, which is the foundation of the economy and the society, and to point to the realistic state of things in the economy. In the upcoming years, we all have a strong obligation to preserve and enhance the inheritance left to us, because a stock exchange is a reflection of the world it operates in. While there are examples of developed stock exchanges in undeveloped economies, there are no examples of developed economies without developed stock exchanges – Sinisa Krneta, the director of the BES, said on this occasion.

One of the first clients of the BSE after it was relaunched in 1989 was Metalac, first through the trading of the company's short-term securities, then through the purchase of old foreign exchange savings bonds on behalf of the shareholders and then by including the shares of Metalac in the stock exchange.

– To our company, the presence on the Belgrade Stock Exchange is beneficial for multiple reasons. We are very satisfied with the cooperation in the past period, as the transparency in the operations of both Metalac and the BES, through the information it provides, is at a high level. In the future, we want the economy of Serbia to become stronger, so that the stock exchange, which is inextricably linked to the country's economy, would prosper – stated Dragoljub Vukadinovic, the president of Metalac Grupa.

Throughout its long history, the Belgrade Stock Exchange was active during many important moments in Serbia's history. It was witness to various eras, events, wars, but also years of prosperity. Throughout it all it has been a veritable factory of energy of the Serbian financial market, ideas and innovations that it offers to the state, the economy and the citizens. It is looking at a great challenge in the years ahead: to enhance its rich heritage and remain the driving engine of the Serbian economy.
Companies:
Beogradska berza a.d. Beograd
Tags:
NBS
Dragoljub Vukadinović
Siniša Krneta
Branislav Ćosić
Dragana Stanić
Belgrade Stock Exchange anniversary
Share: