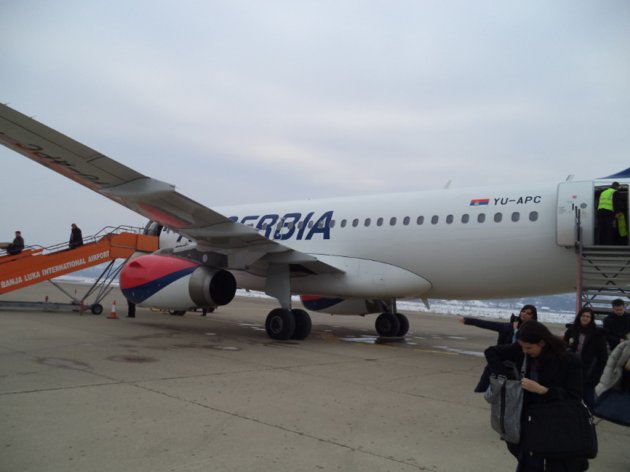 Illustration (Photo: Teodora Brnjoš)
Air Serbia is expected to introduce a number of new routes from its Belgrade hub in 2020 following the launch of ten new destinations from the city this year.

The airline has entered into the reservation system, on a trial basis, a number of new routes during the first week of July, although these are expected to be spread out and added to its network throughout the duration of the 2020 summer season.

They include Amman, Budapest, Chisinau, Florence, Geneva, Lviv, Oslo, Rostov-on-Don and Valencia. The destinations have also appeared on Air Serbia’s website, although tickets are yet to be put on sale. Air Serbia itself has not officially commented on the matter, EX-YU Aviation News reports.

According to the current, preliminary schedule, which is visible in reservation systems, services from Belgrade to Amman (JU857), Chisinau (JU696), Rostov-on-Don (JU678) and Lviv (JU668) will depart Belgrade during its so-called midnight wave of flights, from 23.00 onwards and return to the Serbian capital in the morning, ahead of the airline’s morning wave of predominantly European services.