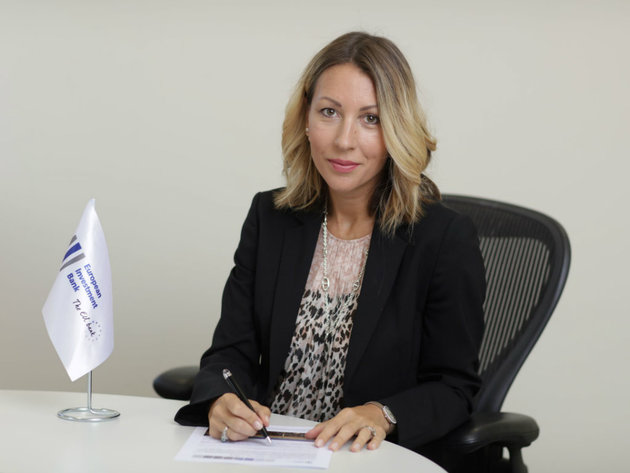 The EIB is the bank of the European Union and the largest international financial institution in the world. In Serbia, it is known for financing infrastructural projects such as Corridor 10 and being involved in the reconstruction of clinical centers, science-technology parks and hundreds of local projects.

Negre has been employed at the EIB since 2005, being in charge of projects of public-private partnership in Great Britain and the Netherlands, as well as projects in the Balkans, including Slovenia and Croatia, and she has held her position in Belgrade since 2016. At the time she was appointed, she was the only woman heading an international financial institution in Serbia. Born in Belgrade, she earned a faculty degree in economics in her home city and finished her magister studies in Milan and Los Angeles. Before the EIB, she worked in the media, including coverage of the war in Afghanistan. She is a guest lecturer at the University College London (UCL) and the faculties of economics in Belgrade and Podgorica. She is 40, married and has four children.

We asked Dubravka Negre what the highlights of 2019 were in her opinion.

– The elections for the new EU Parliament, the biggest legislative body in the EU, held this May. The turnout exceeded 50% for the first time. Liberal democratic parties and green parties had the best results. All this shows that the old, inert Europe is in fact very agile and that the Union is very important to all European countries. It also shows the awareness of young people in Europe of the importance of democratic processes, which they showed through their turnout, but also of the importance of climate and environmental questions, as green parties will now have a much bigger impact on legislation in the EU.

--The Brexit delay. Too much time, energy and effort has been spent on delaying UK`s exiting the EU. Europe and Great Britain need political predictability for economic security. Having been delayed several times, Brexit has upset many things in both these spheres. Also, this burning issue distracts from some other, very important foreign policy issues of the European Union, which is a shame.

– The new Finnish prime minister, who is only 34 and as such the youngest prime minister in the world. She is a child from a same-sex marriage and the only one in her family to get a university degree, while also being a mother herself. That`s great news for Europe, the world and all women, as well as for everyone who advocates human and minority rights.

– For Serbia, according to me, it is the completion of the road Corridor 10 through Serbia, 50% of which was financed by the EIB, amounting to EUR 579 million. With the completion of this corridor, Serbia is back on the map of the European road transport network, which is very important. It is also important to continue working on a faster and more free traffic of people and goods between the countries in the region, so that the benefits of these traffic routes would be even greater.

– The decision of the European Union not to initiate membership negotiations with North Macedonia, especially considering all the efforts it has made in the past period to sign the historical agreement with Greece. There are still efforts to change this decision as soon as in early 2020, but it is also very important for the countries of the region to continue to truly reform themselves, building strong institutions and adopting European values, as it is primarily important for the well-being of their citizens.

– I expect the EIB to launch the biggest climate campaign of our time, more than any other public financial institution in the world. Investments in environmental protection, green economy, the mobilization of a thousand billion euros in the upcoming decade are our goals, as well as to harmonize our activities with the Paris Agreement from 2020. In 2019, we already adopted our new energy and climate policy – from 2022, we will stop financing any project involving fossil fuels, gas included. Climate change is the most important political issue of our time and we need to act fast and be ambitious. The new European Commission has already emphasized that the EIB should be the financial engine of the transition toward a cleaner future in Europe and beyond.

In this region, we are already helping projects of environmental protection with more than EUR 400 million, of which EUR 25 million through donations, in Macedonia, Bosnia and Herzegovina, Serbia and Albania, for cleaner water and waste water treatment, as well as for the construction of sewer systems and flood protection systems. We aim to have more such campaigns, not forgetting energy efficiency, renewable energy sources, innovations and new technologies. We want to help the transition toward a cleaner economy and healthier future.