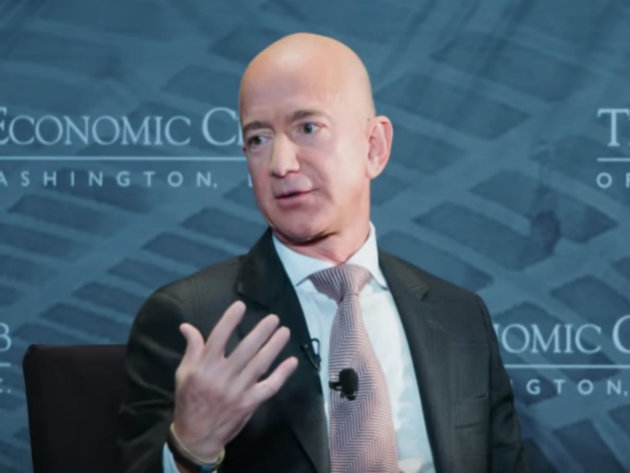 Jeff Bezos (Photo: Youtube screenshoot)
A majority of financial executives in boardrooms around the world say Amazon Founder and Chief Executive Jeff Bezos should be considered as the top businessperson of the decade, CNBC reports.

Bezos first launched Amazon in the mid-1990s as an online bookstore. It is now the world’s largest online marketplace and also rakes in revenue from its activities in cloud computing and artificial intelligence.