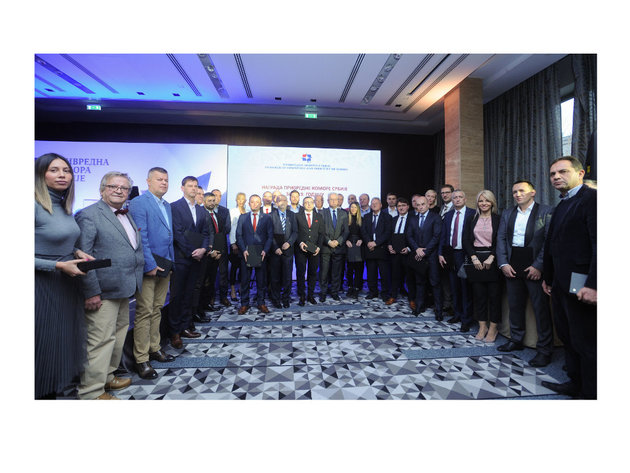 At the solemn session of the Chamber of Commerce of Serbia (CCIS), annual awards were handed out to the most successful companies and individuals, whose efforts and results had contributed to the strengthening of the Serbian economy and its international recognition.

As said in a press release, a total of 38 acknowledgments were handed out: 20 plaques for business success, 16 recognition awards for business leaders and two special awards to media representatives for contribution to informing the public about the economy and the activities of the CCIS.

Special awards, based on the decision of the president of the CCIS, Marko Čadež, were handed out to media representatives Ivan Jovanović, editor of the interior policy and economy desk at Radio Belgrade 1, and the Telegraf portal, whose economy section, Biznis Telegraf, provides significant support to business people in terms of information.

The CCIS awards were established on January 24, 1969, by the decision of the GM of the CCIS. The awards are handed out in the categories: Anniversary Award, Business Leader Award and Business Success Award.