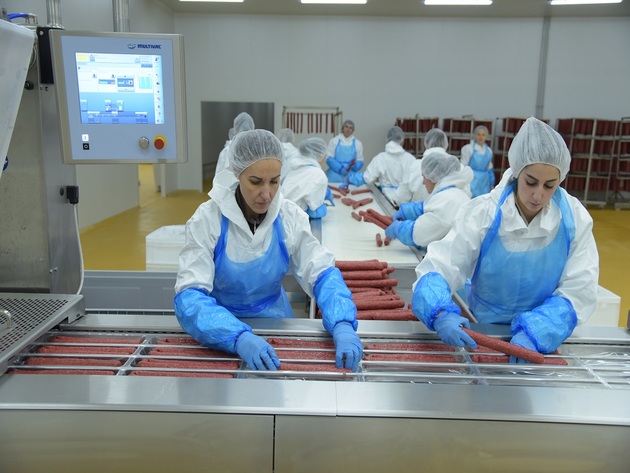 The meat company Yuhor has expanded its production facility in Jagodina by 3,000 m2, thereby doubling the capacities for the production of fermented sausages, and the investment is worth EUR 6 million.

– Our priority is the quality we offer to consumers, which is why we constantly invest in enhancing our production. This investment, worth EUR 6 million, lets us not only increase the capacities, but also expand the range of products and acquire additional control of the entire production process – said Dragan Miladinovic, the general manager of Yuhor.

The equipment installed at the new facility is made by German and English producers, such as K+G Wetter, Vemag Anlagenbau, Multivac and Loma Systems. New chambers for smoking and maturing of products, as well as production lines for vacuuming and the packaging of sliced products, have also been installed, and the plan is to employ 20 more workers.

– Employing new workers is of great importance for our city, as is the fact that the factory will buy out a large quantity of pigs. This means a guaranteed sale at a certain price for pig farmers – said Dragan Markovic Palma, the president of the City Assembly of Jagodina.

Yuhor was established in 1902 and has been part of Delta Holding since 2004. The company has also developed a network of 52 retail stores throughout Serbia.