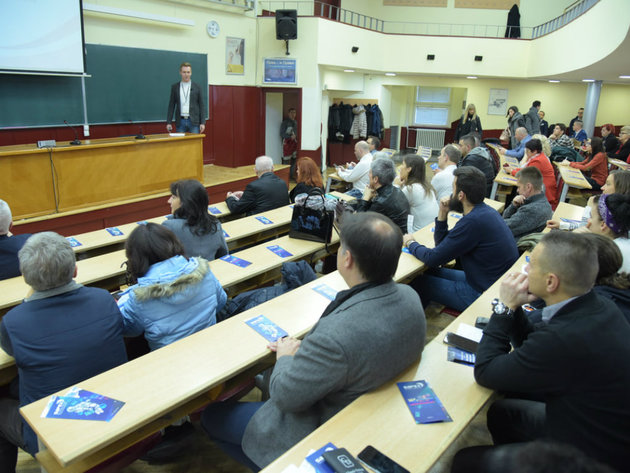 The second annual conference and the only one of its kind in Serbia brought together participants from the whole world. Within four segments, there was talk about the future of the blockchain technology and cryptocurrencies and their implementation in banks and in startups.

At the very beginning, Tomas Manovicky talked about the China – CEE Blockchain Center of Excellence, which aims to develop technology, but also support the implementation of the Belt and Road initiative. This way, China cooperates with 17 countries of central and eastern Europe.

Pawel Dudek then presented Xcalibra, a platform for the trade of digital property, available at https://xcalibra.com, whereas Daniel Dabek of the same company presented Safex – an innovative market based on software for a secure sale and purchase with cryptocurrencies.

The revolution before our eyes

The first speaker was Vit Jedlicka, the first president of the self-proclaimed Free Republic of Liberland, located on the western coast of the Danube, between Serbia and Croatia. This state focuses on investments in blockchain and operations in free zones.

After an interesting presentation of the state's vision and its functioning in the future, the next speaker, Xerxes Voshmgir, a futurist, took the stage. He pointed out that there was a lot of hype about blockchain and cryptocurrencies.

– We are currently participating in a revolution and in creating a new type of economy. It's all in our hands. When the technology fully develops, it's possible to use its full potential – Voshmgir said.

Richard Chen is a co-founder of WaykiChain blockchain project. On this occasion, he tried to demystify the concept of blockchain. As the first myth, he cited the interpretation of cryptocurrencies as true currencies. He doesn't see them that way and instead considers them property.

– Decentralization is another myth. It is believed to be everything, which is not true. Trust is everything. That's the key – Chen said.

He also said that blockchain was not a single entity and that it varied in scope and purpose. He also pointed out that crypto tokens and stablecoins (a cryptocurrency with a stable price) point toward web 3.0.

How is blockchain implemented in Serbia?

Nikola Sologub, the CEO of The Best Practice, believes that Serbia is on the right path when it comes to blockchain technologies. As he says, there are more and more teams from Serbia doing a good job.

– What's important for the blockchain technology is that people still don't recognize it and don't see what it brings. A great revolution is in progress and we are all looking for ways of applying technology and seeing where it leads us, as the scene is pretty much uncharted territory. I expect this to change only when we get a true solution – Sologub says for eKapija.

He adds that the first case studies regarding blockchain technologies can only be expected in a few years. 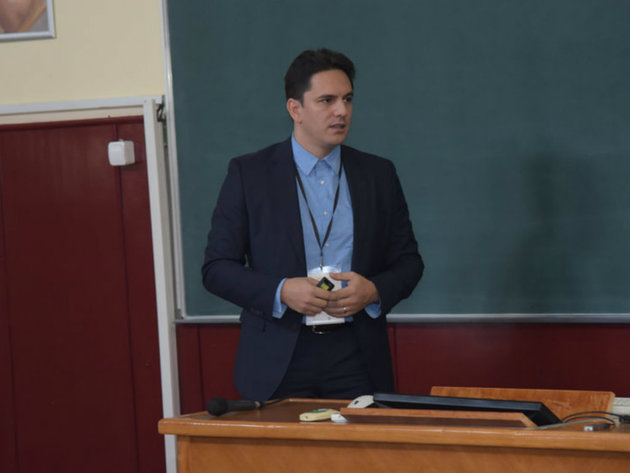 One of the speakers was Vladimir Dornik, Head of Cards and Digital Channels Product Development at OTP banka Srbija.

– We have recognized blockchain as a technology which can be used in banking. Two years ago, in cooperation with the startup Blinking, we started offering the service Know Your Customer (KYC) within a closed blockchain, where each bank would be a single node. When the client does KYC in one of the banks and leaves their documentation, it is written in all the nodes. After that, if the client wants to take out a loan or use any other service in a bank they were never at, they can use the app to allow the targeted bank to access their documentation through tokens. This way, they can take out a loan or use a service without even going to the bank. It's a good service, because there are plenty of places where banks have no branch offices – Dornik said for our portal.

As Dornik says, this system is more reliable than other systems, as each change made to the client's documentation is permanent and visible, and if the client no longer wants their documents to be accessed, the token can be withdrawn.

The first two nodes were established by OTP banka and AIK banka, and the Association of Serbian Banks is testing the concept of exchanging accounts between banks, similar to phone number transfers between mobile operators.

What does the future hold?

Sandrins Murins, the creator of a crypto startup, also talked about this topic, and he discussed potential future scenarios when it comes to decentralization of finance in his interview for eKapija.

– In the next five to seven years, I expect that we will build decentralized competences, as we have already built decentralized trust and data collection systems. I believe that banks will then become even more autonomous, when they are a code functioning on a network.

He also noted that he expected companies which have large amounts of money to get involved in this, namely, Facebook, Telegram or Alibaba. He also expects a global competition regarding the question of what the new dollar will be.

– There will be plenty more space for people to create their own financial instruments with the help of technologies. Everyone in the world will be able to create a better financial world for themselves – Murins concluded.

The next conference is expected in the fourth quarter of 2020.