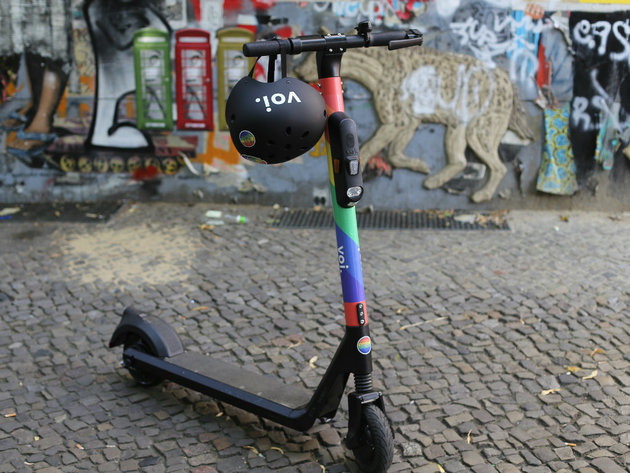 Its action came as thousands of commuters in Paris took to the scooters in a bid to overcome a nationwide strike in France that is expected to paralyze public transport across the country for days.

Extinction Rebellion said it had sabotaged 3,600 scooters, including over 2,000 in Paris as well as in Bordeaux and Lyon, by obscuring the QR codes that riders use to unlock them with their smartphones, and added that the damage to the scooters was reversible, AFP reports.

– Contrary to their reputation as a “soft” or “green” way of getting around, the electric scooters are ecologically catastrophic – the group said in a statement on its French Facebook page.

It claimed that using the scooter still involved the emission of some 25 percent of greenhouses cases that would be emitted if the journey was made by car, and 40 times that of a journey by public transport.

It also argued that studies showed that rather than replacing car journeys, people opt for e-scooters rather than going on foot.

– The electric scooter is just a toy of green capitalists, we don't want them in our cities – the group added, also condemning their use as "strike-breakers" by commuters in the shutdown.

The use of the scooters has mushroomed in Paris over the last year, with many regarding them as a nuisance which clutter up the city and have a much deeper environmental footprint than at first apparent. But operators insist they do have a positive environmental impact, with everything done to ensure recycling and a minimum of emissions, AFP adds.
Tags:
Extinction Rebellion
Extinction Rebellion XR
Paris
Lyon
Bordeaux
electric scooters
e scooters
battery powered electric scooters
strike
pension reform
QR code
smartphone
lithium batteries
recycling batteries
Share: