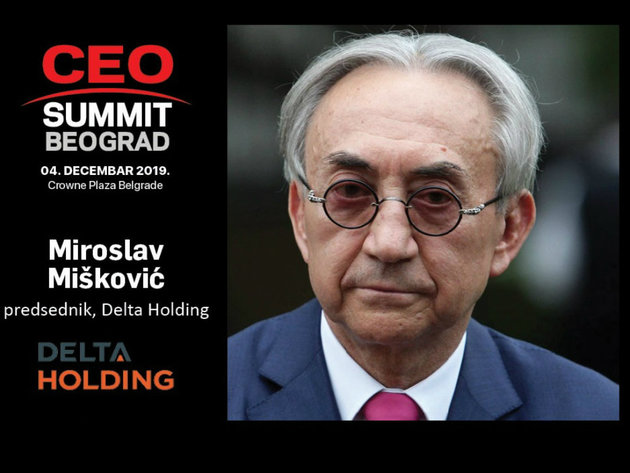 The president of Delta Holding, Miroslav Miskovic, has announced substantial investments by the company in the upcoming period.

As announced earlier, Delta has obtained the permit for the construction of an office building, but, as Miskovic says, other investments that the company wants to realize are even more important for Serbia.

– There's Autokomanda with EUR 250 million and also the Delta Center, which are much more important than the project we're initiating now. I can says that, once we obtain the permits, we will be ready in three months to launch investments amounting to EUR 500 million – Miskovic said.

When it comes to the obstacles that entrepreneurs face in the region, Miskovic proposes for the CEFTA to be renewed, under the aegis of the European Union and for a court, whose seat would be in Brussels or Vienna, to be designated for disputes. He says that this would ensure that business people no longer depend on politicians.

In that sense, Miskovic also says that he supports the idea of the Mini Schengen.

– This doesn't mean that we need to make some new Yugoslavia, politically, but we do need to create a new economic space, as economy knows no boundaries – he points out.