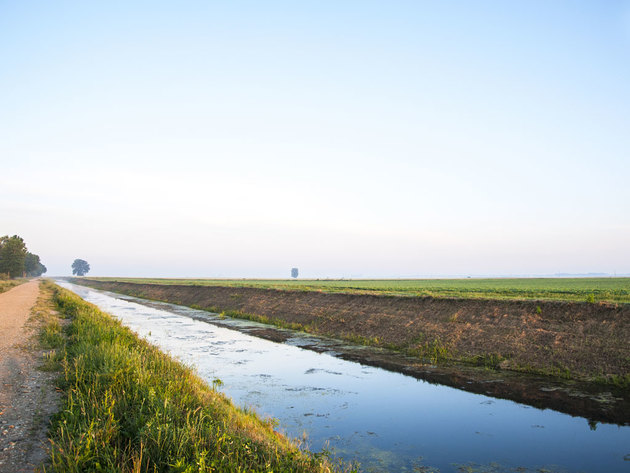 Illustration (Photo: Dragi52 /Shutterstock)
The director of the PUE “Vode Vojvodine”, Slavko Vrndzic, has met with the vice president of the Provincial Government, Djordje Milicevic, and a delegation of the European Bank for Reconstruction and Development (EBRD), led by Zsuzsanna Hargitai, the regional director for the Western Balkans, and one of the topics at the meeting was the cooperation on building new irrigation infrastructure and reconstructing the existing one.

Potential investments in the water management system in Vojvodina, through further works on the sewer system and investments in accumulation lakes for irrigation, were discussed at the meeting.

The PUE “Vode Vojvodine” plans two capital project which will be financed from the EBRD loan. The first is the regional irrigation subsystem Telecka, which would supply northern Backa with water and which is located in the territory of the municipalities of Sombor, Kula and Backa Topola.

The subsystem might irrigate 25,145 hectares of arable areas, and the rough estimate of the value of the works is around EUR 40 million.

The second project is the securing of water from Borkovac and Pavlovci lakes on Fruska Gora for the purpose of irrigation. These lakes could be used to irrigate 3,500 hectares of arable areas, mostly orchards. Around EUR 12 million should be set aside for this project, the Nase Mesto portal reports.