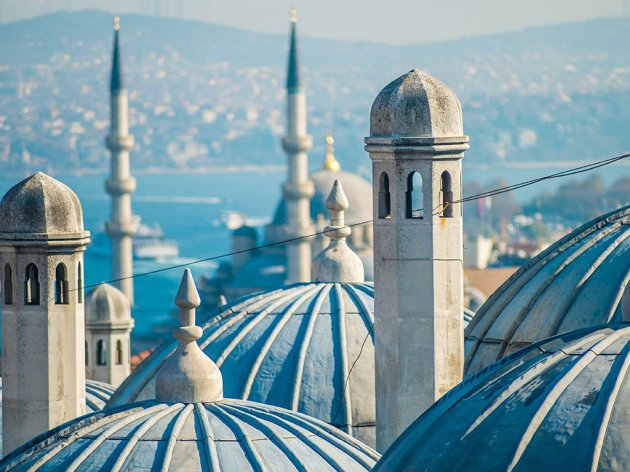 (Photo: Sabino Parente/shutterstock.com)
Serbian national flag carrier Air Serbia decided to re-establish direct flights between Belgrade and Istanbul, following a two-and-a-half-year break. The first flight to the city on the Bosporus is scheduled for 11 December 2019. Tickets are available for purchase now.

Air Serbia will operate three weekly flights with departures from Belgrade on Monday, Wednesday and Friday, with additional services on Sunday between 22 December and 5 January. After the initial period, the Serbian airline will consider potentially increasing the frequency to 7 flights a week from 29 March. Air Serbia airplanes will land at the new Istanbul international airport opened in 2018, the company announced.

– We are very pleased to be re-establishing the route to Istanbul, a destination our company used to fly to for decades. With a quick reaction and special airfares, we wanted to help people whose trips became uncertain due to temporary suspension of operations by AtlasGlobal – said Jiri Marek, Air Serbia’s GM Commercial and Strategy.

Istanbul, a historic crossroads of civilizations and religions, is the only city in the world spanning across two continents. The successor of the capital of ancient Byzantium is now a modern and dynamic metropolis visited by approximately 100,000 tourists each day.