(Photo: Chubykin Arkady/shutterstock.com)
By November 20, 2019, a total of 11.9 million tons of goods was reloaded on Serbian rivers, and it is expected that, by the end of the year, a figure of 13 million tons of cargo will be reached, according to the data of the Port Governance Agency. As they say, there are currently 11 cargo ports on Serbian rivers. Eight are located on the Danube – Bogojevo, Beocin, Backa Palanka, Novi Sad, Belgrade, Pancevo, Smederevo and Prahovo, two are located on the Sava – Sabac and Sremska Mitrovica, and one is located on the Tisa – Senta.

– Gravel sand and rock aggregates have been the most frequently reloaded type of cargo for years now. They are followed by ores and grains. Oil and oil products are in the fourth spot – the Port Governance Agency says for eKapija.

As they say, the biggest difference in the amount of reloaded cargo compared to the previous year was recorded in the reloading of grains and oil plants, thanks to the improved conditions on the international market of mercantile goods.

– The agency has also recorded increased quantities of reloaded coal and bulk cargo. The increase in the transport and the reloading of said goods is an indicator of the jump in economic activities in the Republic of Serbia, especially in the fields of chemical industry, energy, mining and construction – the Port Governance Agency says for eKapija.
Investment as a prerequisite for development

River transport in Serbia has great potential, which is, however, underutilized.

– Serbia needs ports on the Danube and also on the Sava, as those are the prerequisites for using river transport. At the moment, we don't have a single modern port and that is one of the reasons why this form of transport is underused, although there are plenty of goods whose transport by river would be economically justified – warns professor Kilibarda of the Faculty of Transport and Traffic Engineering.

This problem could be solved, as it was recently announced that substantial investments would be made in water transport in the next period.

– In order for Serbia to be an infrastructural hub, it's not enough for it to be merely covered in modern road and rail corridors to Greek, Albanian, Montenegrin, Croatian and Slovenian ports. It is also necessary for us to invest in the infrastructure on the Danube so as to have a modern waterway to the Black Sea and the North Sea. We will thereby connect Serbia by water to Germany, Austria, Romania, Bulgaria, Russia and Turkey. The plan is for us to connect the Danube and the Sava with the road and the rail Corridor 10 by 2021 – the Ministry of Construction, Transport and Infrastructure told our portal.

Among other things, these projects include the reconstruction of navigation locks at the HPP Djerdap 1 and the HPP Djerdap 2, as well as the construction of a new navigation lock as part of the dam on the Tisa near Novi Becej. The regulation of the Sava and the Danube waterways, the construction and the expansion of ports in Novi Sad, Smederevo, Belgrade, Sremska Mitrovica, Prahovo and Bogojevo and the implementation of the most modern electronic systems for navigation safety management are planned as well.

– The total value of the projects of development of water transport is around EUR 340 million at the moment, but with the realization of several other projects we are preparing at the moment, such as the navigation lock on the Tisa, as well as the expansion of the ports in Sremska Mitrovica and Bogojevo, the value of the investments is close to EUR 480 million – the ministry says. 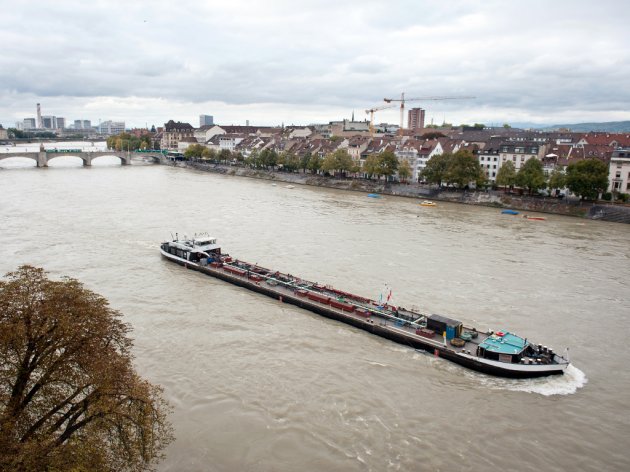 – A cycle of investments in ports has been initiated in the past period. So far, we have signed agreements on the carrying out of port activities worth a total of EUR 55 million in investments. We have started preparing a feasibility study with a preliminary design for the expansion and construction of the Port of Sremska Mitrovica.

The preparation of the technical documentation will secure the conditions for the execution of works on the construction of the infrastructure for the future Port of Sremska Mitrovica, proscribed by law. The construction of the port will enable the city of Sremska Mitrovica to fully realize its economic potentials and to enable business entities to use the services of inland waterway transport as the cheapest form of transport for mass goods – the Agency points out.
Continuity is important in river transport

The National Company Maritime Ports Administration SA Constanta says for eKapija that 2019 was a very good year for the company.

When it comes to the goods that are being transported, it's mostly grains (corn, soy, wheat, barley), but also coal, iron ore, phosphates and other raw materials used in the Serbian industry. Furthermore, in the past 5 years, there's been an increase in the import of artificial fertilizers through the Port of Constanta, as well as in the export of hot- and cold-rolled strips from Zelezara Smederevo, the company says.

The companies which operate in water transport face numerous challenges, and, as our interviewees say, it's sometimes down to natural factors, such as frozen rivers, low water levels and blocked passages. On the other hand, there are the economic factors, such as disagreements about prices between farmers and traders, which leave the goods stored in silos and unsold, the plans unrealized (a problem for traders) and barges and convoys without the goods (a problem for transporters).

– One thing that could improve the situation would be for Bulgaria to wake up and realize that it is a Danube country and that it should do something for the general interest and the navigability of the Danube. However, numerous political factors come into play here. Primarily, there's the fact they they are developing the rail infrastructure and that their Black Sea ports of Varna and Burgas are primarily being connected with clients that way. On the other hand, river ports (Ruse, Lom etc.) are strategically less important to them. When it comes to river transport, it is perhaps the continuity that is more important, that is, having constant quantities throughout the year, and not great differences between a good year (such as 2019) and a bad one (such as 2016). This would facilitate things for all parts of the logistics chain. Let us repeat the some factors can't be influenced, which is the most difficult part – the Port of Constanta says.
Privatization of the Port of Novi Sad and construction of a new port in Belgrade

As can be seen, large investments in ports in Serbia have been announced. It is certainly important to note that, in May 2019, the UAE-based company DP World bought the Port of Novi Sad for nearly EUR 8 million. An investment of EUR 30 million has been announced, as was recently confirmed in an interview for PlutonLogistics by Rado Antolovic, CEO & Managing Director of the DP World Maritime Services Division. 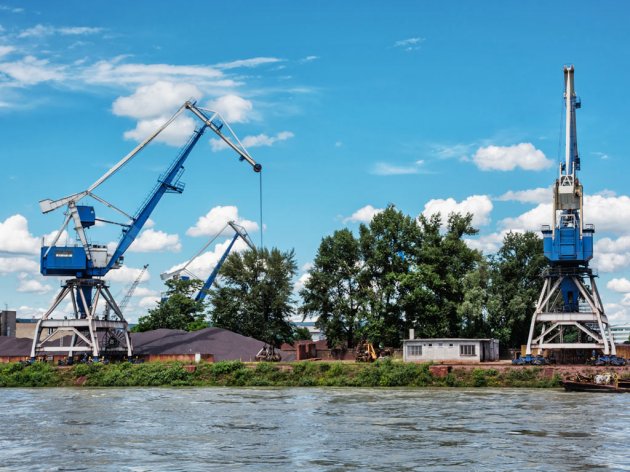 (Photo: PeterVrabel/shutterstock.com)
– The process of privatization in Novi Sad has provided the company with an opportunity to acquire property owned by the state which has had poor results and transform it through gradual investments into a modern and efficient system, as well as to implement operating methodologies in line with the best international practices. With an annual reloading of around a million tons, the planned investments and the operating efficiency will enable the port to position itself as a first-class system in Serbia. The Strategy for cargo transport entails a consolidation and an increase of the quantities of cargo passing through the Port of Novi Sad, as well as other initiatives for further diversification. Investments in new handling equipment will enable the handling of additional cargo – Antolovic pointed out.

The plan is for Belgrade to also get a new port in the next several years. A total of RSD 168 million will be set aside from the state budget for the engineering design, and the first works are expected to start by 2021.

– The exact location is still being considered, and it will most probably be near the Pupin bridge. According to the preliminary estimates, the total value of the construction of the port of Belgrade is around EUR 180 million, of which EUR 90 million is the value of the port infrastructure. This will be one of the largest and most modern hubs for intermodal transport in the Western Balkans, with a reloading capacity of three to five million tons of various kinds of cargo. It will connect the road and rail Corridor 10 with the water corridor Rhine-Danube – the assistant minister for water transport at the Ministry of Construction, Transport and Infrastructure, Veljko Kovacevic, recently told Tanjug.

As is apparent, the potentials for the development of water transport are big, the investments have been announced and now it remains for everyone to wait for an efficient realization.

– Upon the completion of all the planned projects, Serbia will have modern port infrastructure, fully regulated waterways along the Sava and the Danube and a modern navigation safety control system – the ministry promises.

The Port Governance Agency has record-breaking results at the very end of this year's nautical season.

– So far, we have recorded a total of 1,539 dockings of cruise ships at international passenger terminals in Serbia and as many as 208,000 incoming and outgoing passengers. More than a half of these dockings were realized in Belgrade. For the first time this year, there were more than 100,000 incoming passengers in the Serbian capital.