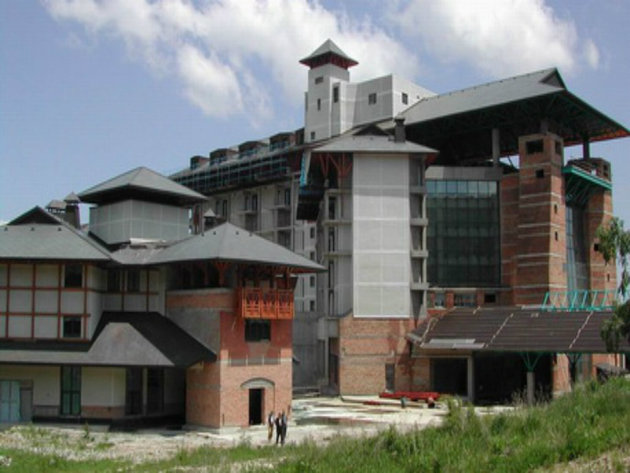 Crni Vrh complex (Photo: Saša Trifunović)
An Arab company is interested in buying a part of the unfinished hotel complex on the Crni Vrh mountain near Bor from the Russian company Gazprom, the majority owner of the facility, Novosti reports.

– The Arab company is allegedly interested in purchasing a part of the hotel complex on Crni Vrh – says a source familiar with the matter.

– However, although the Russian company is also interested in this option, the requirement for there to even be any negotiations is for the Arab company to make a bid for the purchase of the whole facility on this mountain between Bor and Zagubica.

As the majority owner of NIS, Gazprom, which owns around 90% of this facility, does not intend to invest in the completion of the hotel, as hotel management is not the core activity of this oil giant. Without them, other shareholders – RTB Bor, Energoprojekt, PTT Srbija, Srbijasume and the municipalities of Bor and Zagubica don't have the means to complete the facility.

“Jelen – Hyatt”, as it was officially named, was abandoned after the NATO bombing in 1999. Around 1,000 workers left the construction site in the spring of 2001. According to an estimate, around 50 million dollars was invested, whereas another puts it at 65 million. About as much remained to be invested for the hotel to open. The remaining works would take ten months, but no progress has been made since.