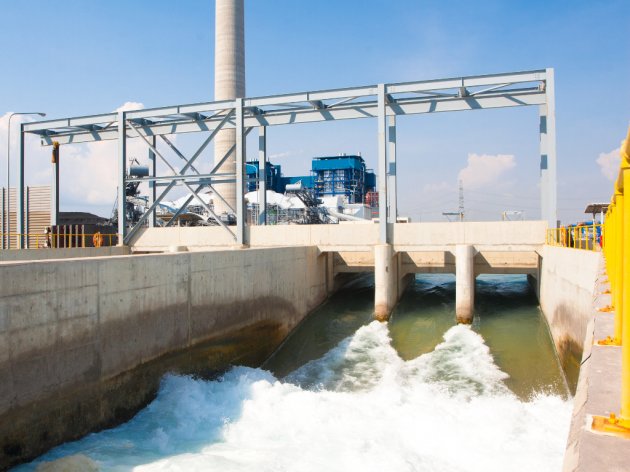 Illustration (Photo: John Kasawa/shutterstock.com)
Serbian Environment Minister Goran Trivan has stated that a very small amount of waste waters is treated in Serbia at the moment and that the plan is to build 359 systems for that purpose over the next 20 to 25 years.

At the fifth meeting of the member states of the Protocol on Water and Health, Trivan said that EUR 5.6 billion is to be set aside for those facilities.

He said that the questions of the availability of clean drinking water, sustainable use of water as a natural resource and securing its quality were the key issues of environmental protection and people's health.

Pointing out that reaching European standards in this field was one of the priority tasks of his ministry, he emphasized that they worked intensively on harmonizing the Serbian law with the EU acquis in this field.

Trivan reminded that, thanks to the ministry's project which was realized with the support of the Italian Ministry of the Environment, the hygienic properties of the drinking water and sanitary conditions had been analyzed in 245 village schools in 13 municipalities.

Based on this, investments were planned to help schools which had failed to meet European standards, Trivan explained and added that the project based on which the Action Plan with local and national measures was prepared had been completed as well.

He pointed out that Serbia doesn't have a lot of surface water, which is why this precious resource needs to be treated carefully.

The Secretary-General of the United Nations, Antonio Guterres, addressed the attendees through a video link and said that natural resources were in jeopardy due to the negative effects and that they led to the spreading of diseases which affect those most vulnerable.

He made a global appeal for measures to be taken to preserve drinking water and invited all countries to ratify the Protocol on Water and Health in order for the set goals to be met in the next decade.

Log in to view complete information:
Forgot your password? Click here HERE
For free test use, click HERE
Latest
Most read
Korlace mine near Raska for sale 16.04.2021.
Zlatibor destination booking system has starts operating 16.04.2021.
As of April 19, Serbian citizens can travel to Greece 15.04.2021.
Tender announced for expert supervision over the construction of the Morava Corridor 15.04.2021.
Gas Heating, Investment That Pays Off Quickly – Things Needed to Connect to the Network 08.04.2021.
VMC Building New Luxury Apartment Complex on Zlatibor 04.03.2021.
Erich Cossutta, President of Confindustria – Our door is open to everyone who wants to invest in sustainable projects 11.12.2018.
As of April 19, Serbian citizens can travel to Greece 15.04.2021.
Weather
Weather forecast