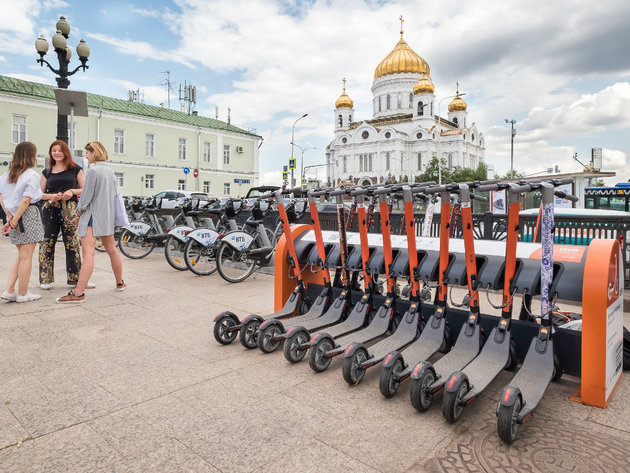 Illustration (Photo: Pixabay.com/3005398 )
Electric scooters have flooded European cities this year, and the trend of simple transportation has not bypassed Belgrade either. The Serbian capital should soon get an app for the renting of electric scooters, launched by Helbiz.

– In Belgrade, we will be providing this service with the help of our partners, a local company, which will take care for everything to be organized in line with the needs of our fellow citizens. The renting of scooters through our app uses the model that is present everywhere in the world. This requires a mobile app, which is in fact being developed at the Helbiz office in Belgrade, where users create an account and connect it with a payment card – Katarina Cvetkovic of Helbiz says for eKapija.

When they run the app, users can see all the available scooters on a map. Once they choose the scooter, it is unlocked by scanning the QR code. When the ride is over, the scooter should be left at a spot where it bothers no one and take a photo of it.

Initially, there will be 150 scooters on the streets of Belgrade, and the number will later be adapted in line with the demands of the market, she says.

– The price is currently being formed in line with the research being carried out, but I can say that it will be adjusted to our standard and be affordable to most – Cvetkovic says.

Helbiz operates primarily in Europe, mostly in Italian cities, and they are soon to expand to American cities, beginning with Miami.

– The experiences are truly great, there are plenty of satisfied clients who use our services when commuting, going to the faculty and so on. For them, our scooters are an integral part of their lives. Tourists are also happy to see that scooters are available in a city, as it makes their stay there more interesting and dynamic, allowing them to visit more sites without getting tired. They are useful, they solve major traffic problems we all face, but they're also interesting – Cvetkovic says and adds that the number of users is growing day by day and that scooters are becoming increasingly accepted as a means of transport.

Electric scooters are a key part of the strategy which aims to turn people away from using cars, which pollute the environment more and more. They are an excellent ecological alternative to using cars in a city. The prices in Serbia range between 18,000 and 54,000 dinars.

The preparation of the new Law on Traffic Safety has begun. Among other things, the law will regulate the riding of electric scooters. The director of the Traffic Safety Agency, Jasmina Milosevic, announced earlier that, until the law is adopted, it was advisable to ride scooters on sidewalks at 6 km an hour.

– My recommendation, which is also based on my consultations with the Ministry of Internal Affairs, is for electric scooters to stay on sidewalks until the issue is regulated, and for the speed not to exceed the walking speed, which is roughly 6 km an hour. That is the only way for pedestrians to remain safe – she emphasized.