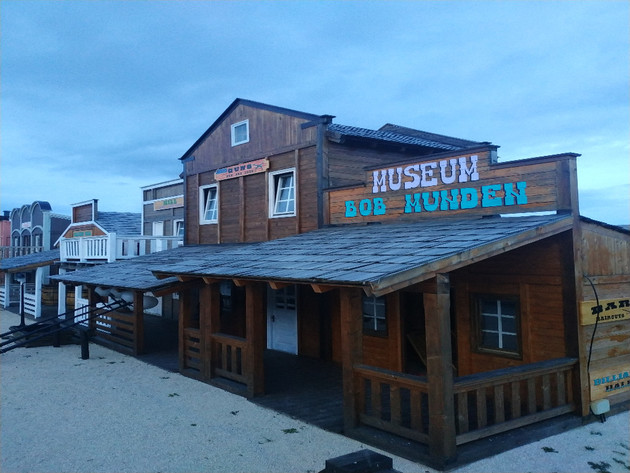 (Photo: eKapija)
If you've ever wanted to see how cowboys and Indians lived, you don't have to go all over to America. In Western Serbia, on the Zlatibor mountain, on nearly six hectares, a cowboy town and an Indian settlement are being raised.

In this town, which will welcome its first guests on April 20, 2020, you can see faithful replicas of a saloon, a bank, a post office, a barbershop, the Sheriff's office, and even a jail – just like in a Western movie.

This cowboy town, which has tents, caravans, a hotel and 12 small houses and whose interior design is the work of Neouniverzal Zlatibor, will be able to take in around 100 guests. Of the additional features, there's a patisserie/coffee shop, a gym, a museum of antiques and a horse stable.

A local resident, Milija Cumic, is behind this idea. As he says for eKapija, the idea occurred to him by accident.

– I initially wanted to raise an ethno village on Zlatibor. However, an old friend of mine mentioned in a conversation that he loved Western movies, which prompted me to research cowboy villages and settlements online. I eventually came up with the idea to combine the American and the Serbian cultures – Cumic says for our portal.

That's exactly what he did. After you're done visiting cowboy tents and caravans, you will encounter an Orthodox church and traditional Serbian houses.

– There's a city in Texas called El Paso, where the Rio Grande divides America from Mexico. Here, Serbia is in the Mexican part, that's where the church and the Serbian houses are, so this is a town where the two cultures merge – Cumic says.

In the lower side of the town, at the very entrance, there's a rodeo, and Cumic says that he will prepare several more programs for children and adults before the opening.