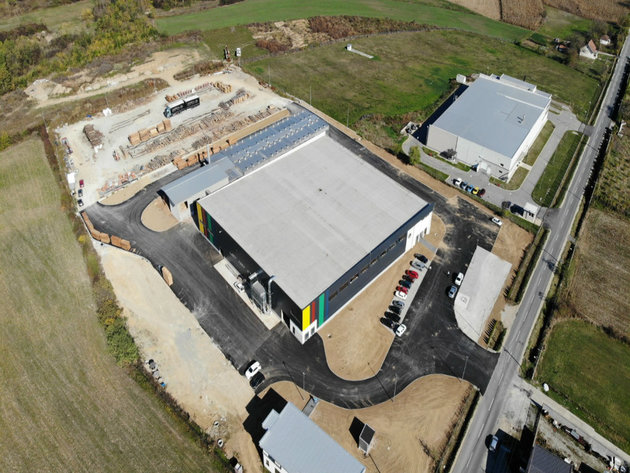 (Photo: Grad Valjevo)
The Belgrade-based company Krstaco is opening a wood processing facility in Belosevac near Valjevo. In the initial phase, 120 job positions will be opened, whereas more workers are to be employed later on.

According to Milan Krstic, the owner and director of the company, EUR 6 million was invested in the facility near Valjevo. The test run has already been initiated at the new facility, and as said on the City's website, the factory is expected to start operating at the planned capacity soon.

– This is a greenfield investment. We managed to build this in a year and a half and this is one of the biggest investments in wood processing in the Balkans. Our daily processing capacity of fresh logs is 120 cubic meters in two shifts, whereas the capacity of the pellet facility, located within the factory, is 50 tons of pellets a day. We are currently running a test production, where all material is used, from the bark to the shavings. Everything we produce is meant for export and practically sold in advance. I believe that 30 to 40 containers of dried beech for the furniture industry will leave the factory each month, plus around 15,000 tons of pellets in the territories of Italy and Austria. A part will be left for the local market, and we will try to educate people about what pellets are and what they are for. We believe that we will have more investments in the upcoming period, which will increase our production capacities – Krstic said. 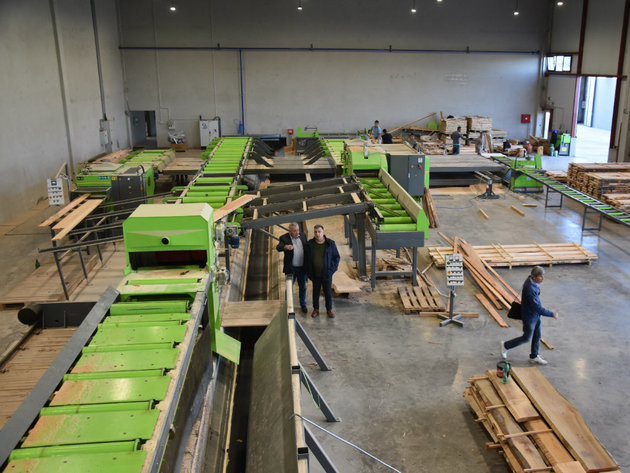 Facility soon to start operating at full capacity (Photo: Grad Valjevo)
He added that this was the first phase of the investment and that 200 people are expected to be employed in the second phase, plus around 250 in the third one, in two shifts.

– This is an investment without any subsidies. We were supported by banks, which believed in this project, and we didn't ask for help from anyone but the local self-government. I believe that foreign investments are good for the state, but, personally, I think it's better for Serbian investors to invest more in the production capacities in the country. We are here and we need to stay here, unlike foreign investors, who can always withdraw. What we've invested here, both me and my subcontractors, producers, has been going on for two years straight and we know that this will always be ours – Krstic pointed out.

Krstic also says that they believe that this is a promising activity, as Serbia is one of the rare countries in the world to export logs, that is, raw wood. 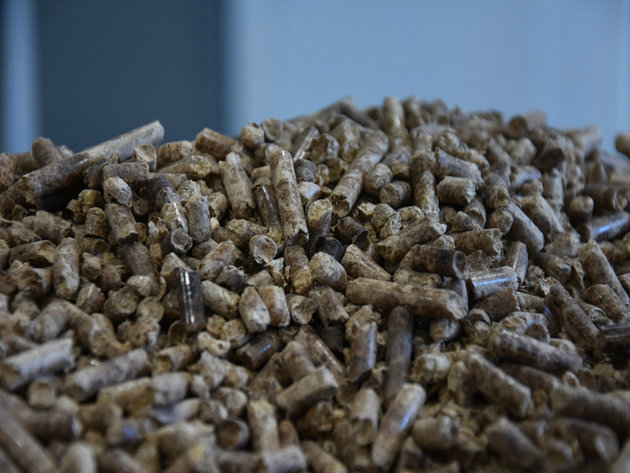 Pellets from the new facility near Valjevo (Photo: Grad Valjevo)
– My further goal is to not just produce semi-products here, but also actual furniture, which would be exported worldwide. There's great forest capacity in the country, which I believe is underutilized and I believe that a lot can be done about it. The resident of the surrounding Valjevo villages can be subcontractors and the capacities are huge. I've been walking around the villages and forests here a lot in the past year and a half and there are lots of abandoned homes. This could be the process that helps stop people from moving away from rural areas. Everyone is welcome to put their production on the market through me and thereby monetize their forest properties – Krstic says.

Mayor of Valjevo Slobodan Gvozdenovic emphasized the importance of investments for the surrounding area, but also the city itself.

– This mini industry zone seems to have been revived here in Belosevac and is very interesting in that it can be connected by the M4 route with the existing Stefil Industrial Zone and the new industrial zone. This is the task in the next mandate, which is a great challenge, but which also makes us very happy, because the state has decided for Valjevo to be the location for this investment, having practically two or three industrial zones along M4 – Gvozdenovic said.
Companies:
KRSTACO Incorporated Beograd
Grad Valjevo
Tags:
Krstaco
Industrial Zone Stefil
Milan Krstić
Slobodan Gvozdenović
wood processing
wood processing facility
greenfield investment
pellet
furniture
production of furniture
forest
wood
Share: