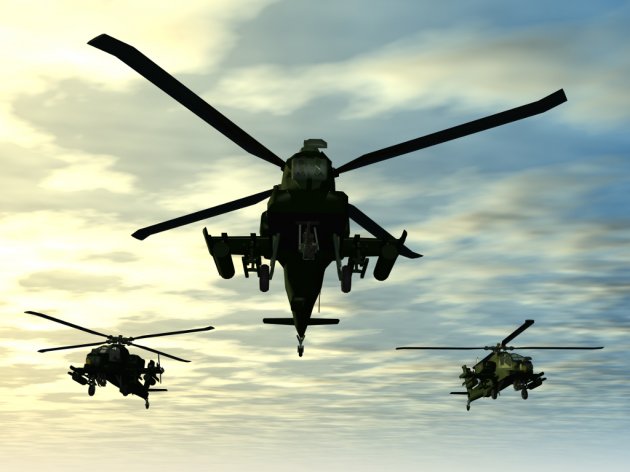 Illustration (Photo: Michael Rosskothen/shutterstock.com)
The Moma Stanojlovic Aviation Institute of the Serbian Air Force in Batajnica got a certificate from the French Airbus for the repair of Gazelle helicopters in early 2019, and negotiations about it becoming a regional center for the repair of another Airbus helicopter model, H-145M, but also Russian helicopters Mi-8 and Mi-17, are ongoing.

As Blic writes, the institute would thereby become one of the rare center, not just in the region, but in Europe as well, for the repair and maintenance of aircraft belonging to the two former rivals, the NATO and Russia, whose relations are still tense.

However, some NATO countries now feature Soviet helicopters in their fleets, which is where the institute's chance might lie.

– Russian helicopters belonging to the Serbian Armed Forces, namely, Mi-8 models, are already maintained at the institute, and Mi-17 aircraft are partially repaired here as well. Regardless of the high quality of operations here, additional investments are needed for the Moma Stanojlovic Aviation Institute to be able to service all types of helicopters. The problem is that Serbia doesn't have a lot of Russian helicopters. They are present in NATO states, such as Bulgaria, Macedonia, Romania, Hungary, Croatia, Bosnia and Herzegovina and Montenegro – Serbian Ambassador to Russia Miroslav Lazanski told RIA Novosti.

Former defense minister Bratislav Gasic and the first deputy director of the Federal Service for Military-Technical Cooperation of Russia, Andrey Artourovich Boytsov, signed the protocol on forming a regional center for the maintenance of Russian helicopters back in 2016, the editor of the Tango Six aviation portal, Petar Vojinovic, reminds. However, the document is not binding.

Of the 13 institutes and companies outside Russia which service Mi-8 and Mi-17 helicopters, the only one that's close to Serbia is located in Bulgaria.