Port of Sremska Mitrovica might get terminals for oil and grains, sand and gravel disposal sites... 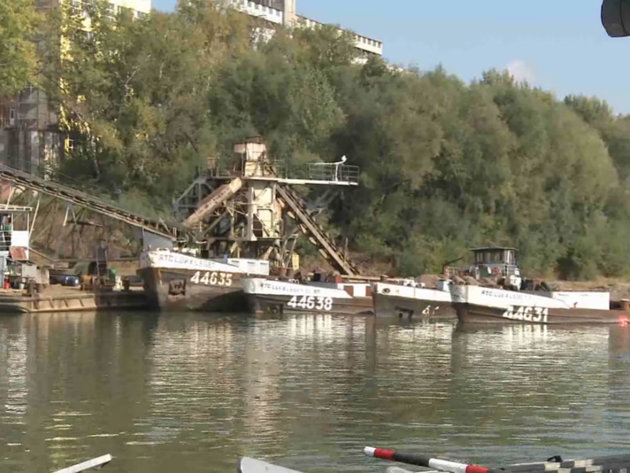 (Photo: YouTube/screenshot)
If the World Bank Commission approves the project of expansion and building of the Port of Sremska Mitrovica, worth more than EUR 20 million, the city would get a port with terminals for oil, grains, sand and gravel disposal sites, as well as customs and river police. All this would help the city become a logistics center for river transport and contribute to the development of this form of transport.

The Port Governance Agency opened the public procurement procedure for the services of preparation of a feasibility study with a preliminary design for the expansion and building of the Port of Sremska Mitrovica on September 11, and the bid submission deadline expired on October 14.

– The Port Governance Agency has invited us to take part in this process as a partner. The City of Sremska Mitrovica has already started preparing the Detailed Regulation Plan for that zone, the plan is being prepared by our public enterprise and everything is going as planned. Parallel with this, the Port Governance Agency should prepare the preliminary design and the feasibility study for the port. With those two documents and location requirements, we would present the project worth over EUR 20 million to the World Bank Commission – stated the mayor of Sremska Mitrovica, Vladimir Sanader.

He explains that the port would feature terminals for oil, grains, sand and gravel disposal sites, as well as customs and river police.

– That would help us use all the advantages of river transport, seeing how we’ve initiated the Strategy of Building of Ports on the Danube and the Sava. This should be implemented in 2020. That would make this city a good logistics center for river transport – Sanader said.

Serbian Deputy Prime Minister and Minister of Construction, Transport and Infrastructure, Zorana Mihajlovic, announced earlier that the Government would invest around EUR 200 million in development of water transport, leading to “the realization of serious investments in the modernization of ports after more than 30 years”.

The Government of Serbia, as Minister Mihajlovic explained, will invest more than EUR 200 million in river infrastructure, primarily in developing the river beds of the Sava and the Danube and in the modernization of ports.

After the Port of Novi Sad, the construction of the Port of Smederevo is to follow. It should begin in March 2020. Furthermore, project documentation will be prepared for the Port of Belgrade and the Port of Sremska Mitrovica.