ProCredit Bank, first bank in Serbia to get investment rating 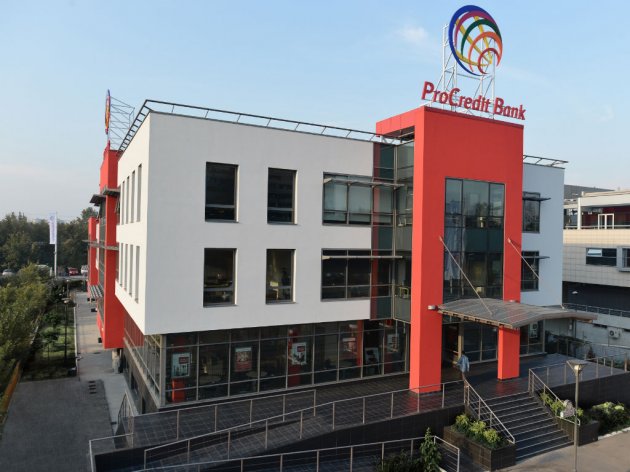 This rating upgrade is partly a result of the recently improved credit rating of the Republic of Serbia, all thanks to the stability of its economic policy, the strengthening of macroeconomic indicators and the reduction of government debt. In late September Fitch Ratings upgraded Serbia's rating from BB to BB+, whereas the companies which operate in Serbia can go only one degree above the rating of the country, which ProCredit Bank has now managed to do.

– The upgrade of our bank's rating is a confirmation of the stability of our operations, not just of ProCredit in Serbia, but also our holding company, which owns, in addition to private investors, some of the most serious world investors, such as the International Finance Corporation (IFC), a member of the World Bank group, and the German Development Bank (KfW). We are glad that the operations of ProCredit Bank have been given the highest possible rating and that the bank is one of the first to bring the extremely important “investment rating” to Serbia. This confirms the security and stability of the business model of our bank, which is a very important factory in choosing a bank for our citizens and the economy, especially in the context of the Savings Week which has just ended. This is also a great indicator for the whole country, as a state in which companies have high international ratings is more likely to get a higher rating and the desired “investment grade” in the eyes of international investors – emphasized Igor Anic, a member of the Executive Board of ProCredit Bank.
Companies:
ProCredit Bank a.d. Beograd
KfW kancelarija Beograd
International Finance Corporation USA
IFC - Svetska banka Beograd - WB Beograd
Svetska Banka - WB Beograd
Tags:
ProCredit Bank
German Development Bank KfW
International Finance Corporation IFC
World Bank
Fitch Ratings
Igor Anić
investment rating
credit rating
Savings Week
investment grade
Share: