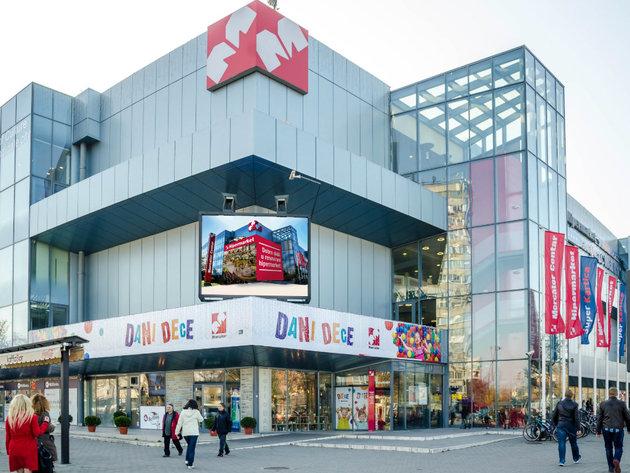 Mercator Novi Sad (Photo: Mercator)
Slovenian Economy Minister Zdravko Pocivalsek has stated that Fortenova Group and the vice president of Sberbank, Maxim Poletaev, guaranteed him that Mercator would not be broken up into several companies upon joining Fortneova and that the biggest Slovenian market chain would not be financially drained.

In Ljubljana, Pocivalsek also met with representatives of consortiums of Slovenian suppliers of Mercator so as to clear up doubts about their position following the news that Fortenova intends to break up Mercator into several parts, whereby, allegedly, the Ljubljana management would lose control over Mercator's subsidiaries in Serbia and B&H.

– I expect from Fortenova, Agrokor and Sberbank for a proposal of an agreement that would protect Slovenian suppliers after Mercator is transferred to Fortenova to be prepared in a reasonably short amount of time – Pocivalsek told the press and added that activities toward the harmonization pertaining to that were already in progress.

Pocivalsek said that the breaking up of Mercator was unacceptable to Slovenia and that he had been given guarantees that the Slovenian chain would be provided with conditions for growth and development.

When it comes to employment, the position of the company's suppliers and the income realized, Mercator is a very important company for Slovenia and Slovenian suppliers are expected to have an equal status in Fortenova Group as well, the Slovenian minister said and added that the seat of Mercator should remain in Ljubljana within the new organization as well.

– If we are provided with this, we will have no problem with the transfer of Mercator to Fortenova – Pocivalsek pointed out.

Poletaev addressed the press too, saying that the aim of Sberbank was in no way to financially drain Mercator and that it instead aimed for normal operations and stabilization of Mercator and Fortenova Group, so that profit could be paid to the shareholders from the company's operating income.

These days, Slovenian portals have been publishing unconfirmed information about the alleged breaking up of Mercator into several companies, whereby the Slovenian government and suppliers would allegedly lose their influence and market shares, pointing to the breaking up of Mercator planned at the recommendation of the Russian bank, the biggest shareholder and creditor of former Agrokor.
Companies:
Vlada Republike Slovenije
Poslovni sistem Mercator d.d. Ljubljana
Fortenova grupa d.d.
SBERBANK Rusija
Tags:
Ministry of Economy of Slovenia
Government of Slovenia
Mercator
Agrokor
Fortenova Group
Sberbank
Zdravko Počivalšek
Maxim Poletaev
Ljubljana
Share: