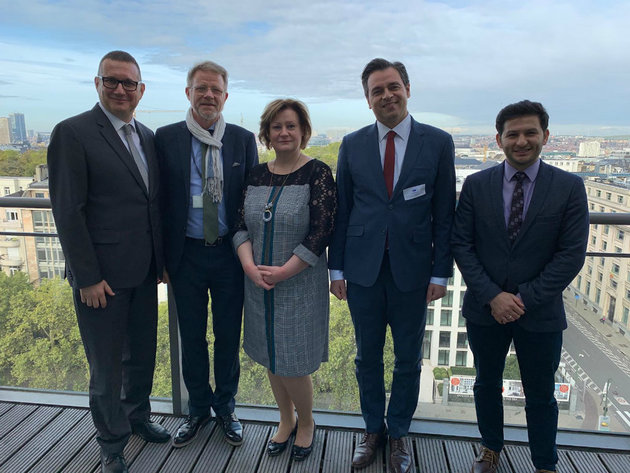 With a series of successful meetings with representatives of the European Commission, the delegation the Foreign Investors Council (FIC) finalized its visit to Brussels, sixth in a row. Thus, the FIC continued to support the process of European integration of Serbia, being a reliable partner both to the Serbian Government and the European Union.

During a two-day visit, FIC delegation met with representatives of 8 directorate generals of the European Commission: NEAR, ECFIN, TAXUD, EMPL, TRADE, CNECT, SANTE and GROW. In addition, a meeting with the Serbian Ambassador to EU Ana Hrustanovic was also held.

– Serbia continues steady but moderate progress in improvement of the business climate. The positive trend in conducting reforms is evident and the Foreign Investors Council as always offers concrete recommendations all directed towards even stronger economic growth and better standard of living for citizens.

Key goal is to continue and accelerate membership negotiations with EU as means to improve both business regulation and their implementation.