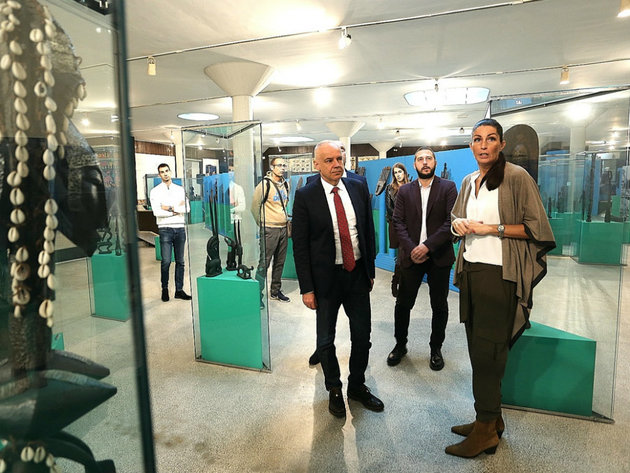 Radojicic said that the City of Belgrade had a responsible approach to culture and added that museums were an inevitable part of the city’s cultural offer.

– In the past years, we’ve reconstructed the National Museum and the Museum of Contemporary Art, and we are also planning to overhaul the Nikola Tesla Museum. These museums are big tourist attractions, for both local and foreign guests, but also for the citizens of Belgrade. It is well known that the number of tourists in Belgrade is growing year after year, which is another reason for the care towards museums to be at the highest possible level – the mayor said, as reported by Beoinfo.

Radojicic believes that the Museum of African Art is not sufficiently recognized as a cultural treasure of Belgrade.

– It is a unique museum in this part of Europe, but, for some reason, ever since it opened in 1977, not a lot has been invested in it and the facility is not even fully finished. In 1989, there was a plan to complete another floor, which didn’t happen. Today, I had an opportunity to see numerous exhibits, which are fascinating and which speak of other cultures, but also about the fact that Belgrade is a cosmopolitan city open to other countries’ cultures – Radojicic added.

According to him, after the tendering procedure is completed, the financial part of the project and the beginning of the works are to follow.

– I am convinced that the Museum of African Art will become a new attraction of Belgrade and that many tourists will be glad to visit it. Numerous workshops for pensioners and the younger population are realized here, and the museum saw around 150,000 visitors last year. Our aim is for there to be as many of them as possible, which is why the City of Belgrade will set aside funds for this building to be adequately developed in the upcoming period – Radojicic said.

The director of the Museum of African Art, Marija Aleksic, said that the museum was a unique cultural institution in the city and pointed out that it would not be able to operate without the city’s help.

– That’s why today’s visit of the mayor of Belgrade and a member of the City Council is so important to us and we hope to pick the best solution for the reconstruction of the museum building at the tendering procedure. This will enable us to work at full capacity in the future, to the satisfaction of both the visitors and the employees – Marija Aleksic said.