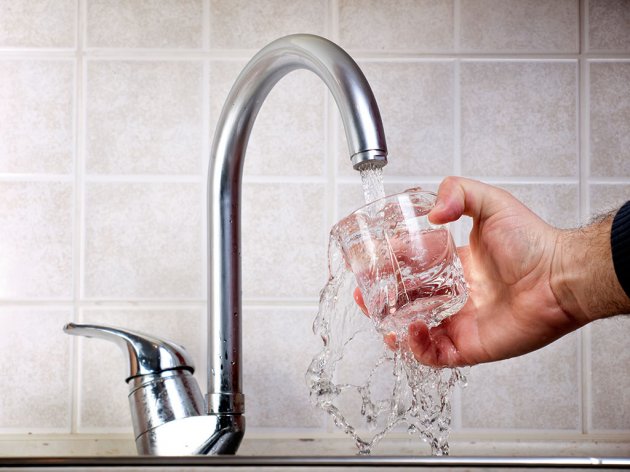 Illustration (Photo: Sinisa Botas/shutterstock.com)
The growth of temperature on the entire planet, according to experts, will amount to 0.3 to 4.8 degrees Celsius in this century. Droughts, floods, heatwaves and forest fires will be even more extreme and frequent throughout Europe.

This was said at the International Conference “Waterworks and Sewerage 19”, at the opening lecture held at the Town Hall of Novi Sad. Professor Bozo Dalmacija and Professor Jelena Molnar-Jazic of the Faculty of Sciences in Novi Sad held a lecture titled “The Impact of Climate Change on Water Supply Resources”.

They pointed out that Serbia and the entire Southeast European region can expect substantial climate change in the near future.

– According to all the scenarios, the average temperature is expected to grow, with certain regional differences, in all parts of Serbia. As for precipitation, the situation is more complex. The amount of precipitation is expected to decrease in Serbia, although the decrease will not be as strong in Vojvodina and certain parts of eastern Serbia. Another scenario projects that precipitation in Vojvodina will increase, while remaining the same or decreasing in other parts of Serbia – they point out.

They believe that, in line with the potential climate change, the Strategy of Water Management will need to define a certain number of new accumulations, whereby the total retention capacity of accumulated water would improve, thereby enabling more efficient distribution of waters in time and space, as well as greater flexibility and adaptability to future changes.

– In addition to surface accumulations, certain accumulation should be enabled through introducing certain amounts of water to underground aquifers, so that underground waters could be used in periods of drought – they emphasize.

They added that, with the change of climate and the increase in temperature, it might happen that water evaporates more, thereby reducing the amounts for water supply from accumulations.

Also, climate change can increase the presence of phytoplankton, favoring the domination of harmful cyanobacteria, which influences the technological process of water preparation.

– The preparation of drinking water from surface waters will require a more complex technology, requiring more money for water supply. In order to save water and increase the capacity of sources of drinking water, we need to secure that as much water as possible is infiltrated in the ground. In other words, water needs to be accumulated in underground flows. This would also allow a part of surface waters and precipitation to partially filter by going through the soil – Dalmacija and Molnar-Jazic say.

They also warn that climate change will inevitably affect the quality of water negatively and that we need to start preparing for such a scenario right away. They propose economically sound natural processes which can lead to an improvement and cheapening of the technological processes of water preparation: infiltration of surface and atmospheric waters in the underground and coast filtration.

Only logged-in users can comment.
Latest
Most read
Izet Rastoder interested in getting a share in Montenegro Airlines? 29.01.2020.
ERS preparing investments worth over EUR 125 million – Tenders for Hrgud wind farm and solar power plant near Trebinje to open in 2020 29.01.2020.
Microsoft aims to remove by 2050 all the carbon it has emitted since its founding 29.01.2020.
First billion cubic meters of gas supplied through TurkStream 28.01.2020.
New residential blocks to be raised on Vracar plateau – Apartments to be built in Mutapova Street on 4,000 m2 29.01.2020.
Consortium of Roberts Constructions and Millennium Team to build BW Metropolitan residential building 28.01.2020.
New model Fiat Giardiniera to be manufactured in Kragujevac – Car to debut in 2021, sales to start no later than 2023 27.01.2020.
Gornji Milanovac-Takovo Interchange access road presented – Works to begin in April 26.01.2020.