Is it smart living in a smart city? 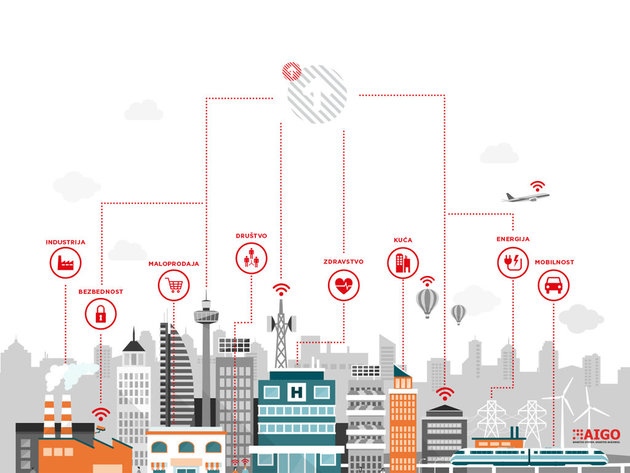 There is a wide range of answers to this question, from those that claim that this technology is the right way of making life more humane, to those that see it as a threat to individuals' privacy.

Throughout history, it has been apparent that large technological changes, smart cities included, provoke resistance and controversial reactions and opinions.

Regardless of your position, it cannot be disputed that technology has always been a crucial factor in the evolution of various civilizations and the humankind on the whole. From organizing the first settlements, the invention of the wheel, through the first industrial revolution, to the present moment, technological development has accompanied the development of our society, influencing the way we live, the kinds of buildings we live and work in and the urban environment as the plane in which our everyday lives unfold.

We live fast these days, faster than ever before. Still, the flow of people and traffic in big cities is often slowed down due to the way they're organized.

As the urban development, industrialization and consumption are growing, so does the environmental impact. All this directly influences us and our everyday lives.

Smart cities and those that want to become “smart” in the near future integrate technology so as to make the entire urban environment more humane.

Thanks to smartphones and smart city apps, the way people live and the way city services communicate with them are changing. Aside from providing them with important information, they are also opening for two-way communication.

The fact that citizens are able to communicate with city authorities, presenting them with their opinions, problems and impressions, makes cities more flexible and responsible, and the quality of life consequently changes in many segments: safety, health, quality of the environment and air, energy efficiency, social connections and citizens' participation, cost of living etc.

Having the right information at the right time is, of course, important, but a smart city doesn't only come down to installing digital apps which make people better informed. Thanks to this technology, it is possible to collect large amounts of data in real time which should contribute to people making better decisions which will additionally improve everyday life.

Even with all the obvious advantages, though, the experiences so far vary. The success of implementing this technology and having it function properly depends primarily on the inherited infrastructure systems, regulations and the starting point.

Developed countries are not at an advantage when it comes to setting up smart cities as a standard principle for organizing life in cities. On the contrary, they often experience great problems with changes to regulations and firmly set systems. Implementing a new technology in such systems can be a great challenge.

Serbia is relatively new when it comes to the implementation of these technologies. Initially, it may seem like an obstacle, but is in fact the main advantage in a quick and efficient implementation of smart cities – due to the system which can be built and expanded and the regulations which develop simultaneously, practically following the implementation.

In addition to technology and regulations, a timely, unobstructed and selfless exchange of knowledge and experiences is also an important factor of success in implementation.

AIGO is a company which sees the improvement of the conditions and the standards of the environment it operates in as an important part of its mission. The company realizes it through creating innovative hardware-software solutions which enhance the operations of a large number of companies and actively sharing knowledge and experience various areas of the IT industry. By organizing panel discussions and other similar initiatives with representatives of the public administration and leading experts from the IT community, it educates the market so as to enable everyone to create the conditions for smart living in smart cities.
Companies:
AIGO Business System d.o.o. Beograd
Tags:
smart cities
smart city
smart city solutions
life in smart cities
Special Edition Newsletter Smart New World Fourth Industrial Revolution
Smart New World Fourth Industrial Revolution
eKapija special edition newsletter
special edition newsletter
Share: