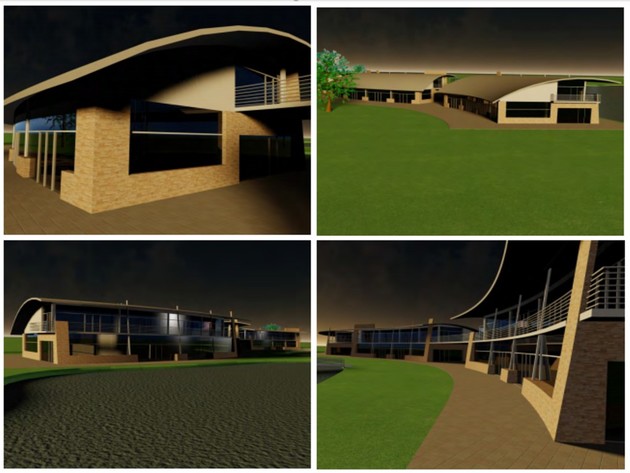 The planned facilities at Lake Bubanj
Lake Bubanj in Kragujevac should soon become a small city oasis, a vacations port with relaxation and sport features. It will have pedestrian and bicycle lanes, a trim track, lighting, playgrounds for children and facilities for the recreation of adults and the elderly. As the City Administration announced earlier, the works are worth EUR 1.35 million.

The first phase of the realization of the project of developing and equipping of Lake Bubanj entails the construction of pedestrian and bicycle lanes and trim tracks around the lake, including service and intervention within the complex, in the total length of around 2,150 m. The lanes will be accompanied by suitable public lighting and street furniture. The process of the selection of the contractor is close to completion. 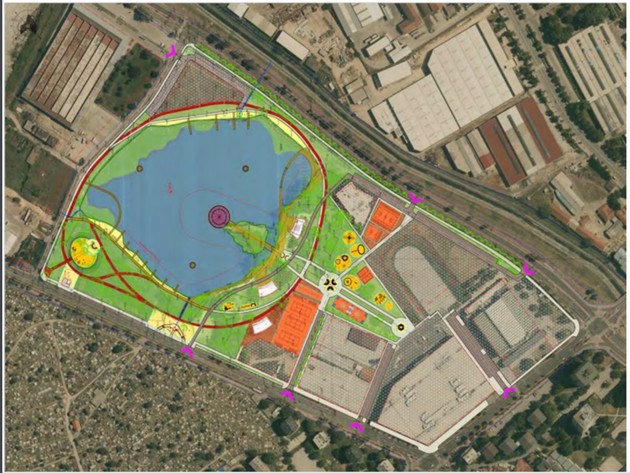 – An urban plan was proposed, formed based on the current planning documentation and the analysis of the current state. This urban plan contains a proposition of the solution of traffic, landscaping and green features in the complex, as well as a proposition of the development and the equipping of the park complex with adequate features – the PE Urbanizam says for eKapija.

The project-technical documentation is being prepared at the moment for the second phase of realization, which will entail the preparation of areas for play, sports and recreation for all user categories and the accompanying pedestrian and service-intervention communication lines, as well as suitable public lighting and street furniture.

– Independent of this, funds secured through the Institute for Protection of Cultural Monuments in Kragujevac, from the Ministry of Culture, will be used for the reconstruction of Bubanj-cesma (“Bubanj Fountain”) immovable cultural good, which is located in the Lake Bubanj complex – the PE Urbanizam says.

It is expected that the funds for the execution of a part of measures of the overhaul of the lake ecosystem (removing mud from the bottom of the lake and moving it to the recultivation area) will be secured from the fund of the interstate agreement between Hungary and Serbia. 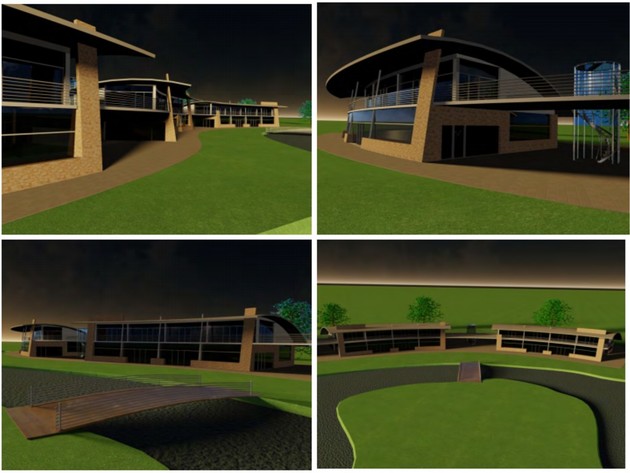 A part of the first phase is financed from the funds of the Ministry of Trade, Tourism and Telecommunications, received by the City of Kragujevac at a public contest for the subsidizing of the financing of infrastructural projects.

Lake Bubanj in Kragujevac is an artificial lake formed in 1970s and is surrounded mostly by natural green areas, including a forest area.

– Although this is an attractive location in the city center, due to the lack of features and poor maintenance, it is mostly a place for fishermen and residents of the neighboring settlements. The location is very significant ecologically, as it is an important habitat of aquatic birds, fish and other water organisms – the PE Urbanizam says.

The Lake Bubanj complex is valorized from the aspect of environmental protection by the Nature Protection Institution of the Republic of Serbia and there’s a study titled “Analysis and Estimate of the State of Natural Values and Rare Features of Lake Bubanj” from 1997. The estimate claims that the complex has undisputable value, that it is an invaluable natural good, especially for the central city zone, but that, under the criteria for natural values and rare features which apply in proposing an area for being designated a protected area, there are nevertheless no elements required for such a designation.

– In the future period, it will be necessary to improve the current state of Lake Bubanj ecosystem and prevent its further degradation through measures of biological development and revitalization, as well as measures of protection and upgrade – the PE Urbanizam says.