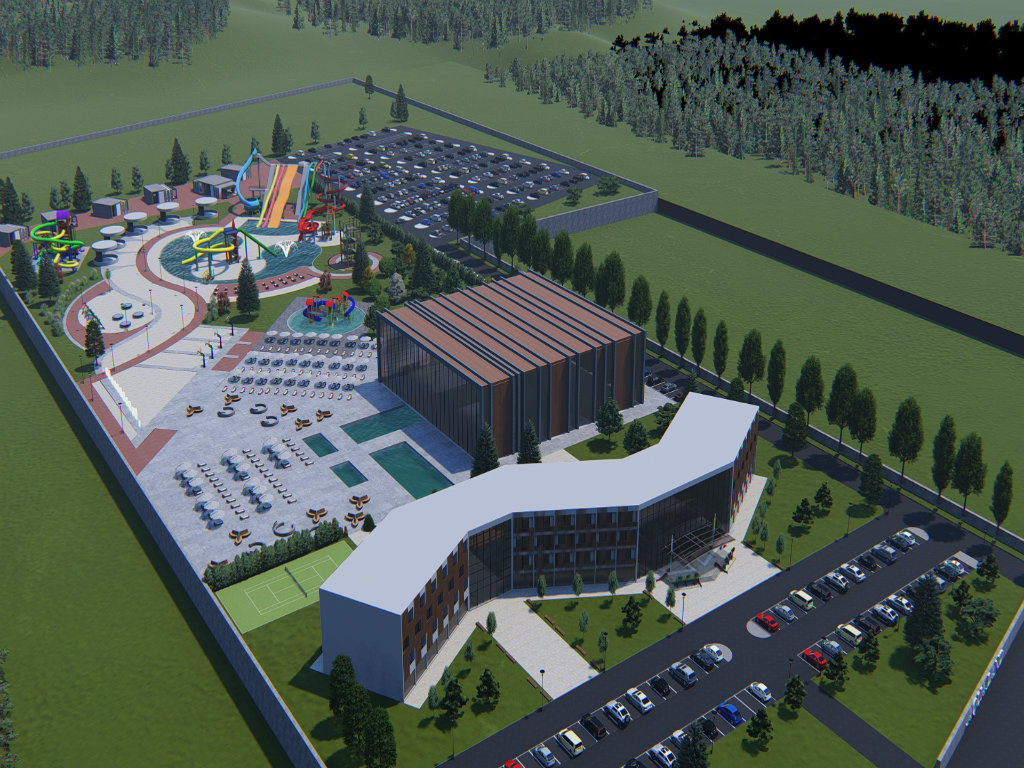 The preliminary design of the future tourist complex in Bogatic (Photo: TO Bogatić)
The tourist offer of Macva is expanding. In the Municipality of Bogatic, the most developed forms of tourism are health and recreation, religious and fishing tourism, as well as organized school trips. The Tourism Organization hopes for new investments, especially now that subsidies are being offered to investors.

In May 2019, the Government of Serbia adopted the Decree on setting criteria for the allocation of subsidies to the end of attracting direct investments in the sector of hotel accommodation service. With this decree, Bogatic was included among the municipalities which have the right to incentives for investments in hotel management which entail an investment of over EUR 2 million and at least 70 jobs.

– The TO of Bogatic is also working intensively on increasing the locally made accommodation capacities. For example, this calendar year began with four beds, and we currently have 30, with an announced interest for further categorization. Within the categorized facilities, the offer is varied: four apartments, one studio apartment, a village tourist household and several rooms. These capacities are sufficient at the moment, but we are still working on expanding them, especially in Crna Bara, by the Drina coast, and in Bogatic, for the purpose of accommodation of the Thermal Riviera visitors – the director of TO of Bogatic, Darko Masic, says for eKapija.

The Thermal Riviera aqua park is the most visited facility, offering mineral water from its own borehole at the temperature of 70 degrees Celsius.

– Guests come from the areas of Belgrade, Novi Sad and B&H, and this aqua park is open throughout the year thanks to its thermal waters – Masic says.

One of the most visited religious tourism destinations is the Ilinje Monastery in the village of Ocage, where people come to from Vojvodina, Serbia’s south and B&H.

Since 1972, Bogatic has featured the Sovljak ethno park, one of the five ethno parks in the former Yugoslavia. It is mostly visited by school students on field trips in autumn and spring, primarily from central Serbia and Vojvodina.

In addition to the existing complex of Thermal Riviera and local accommodation, the TO also announces new investments in tourism. 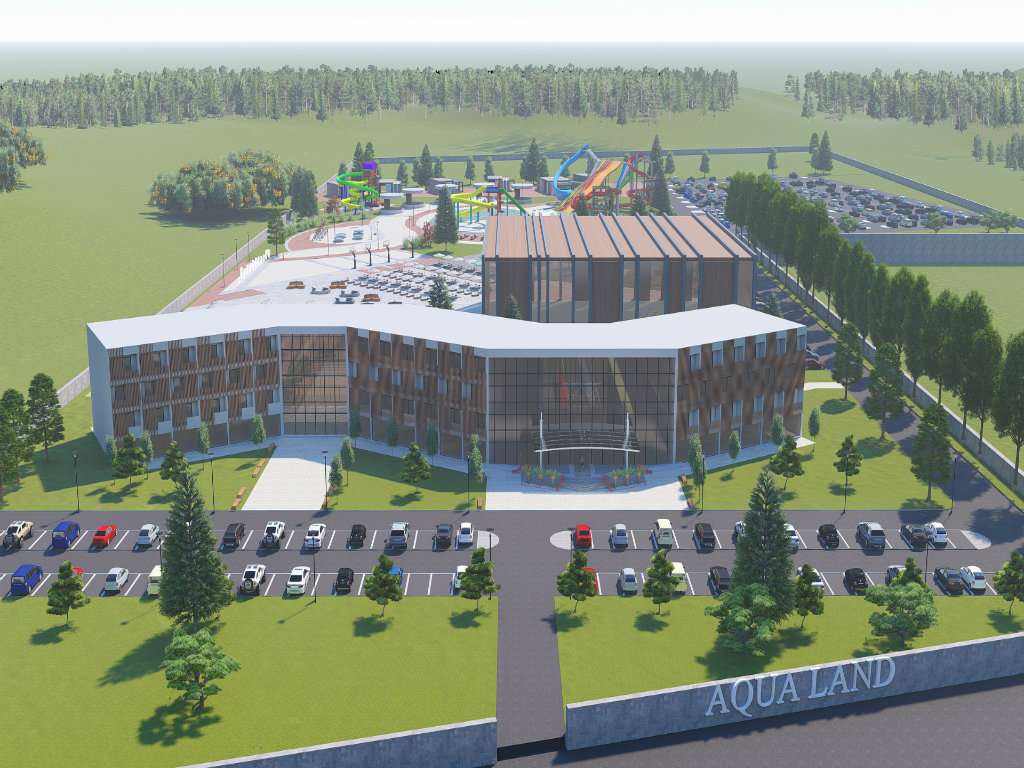 The preliminary design of the future tourist complex in Bogatic (Photo: TO Bogatić)

The company Infofin will build a hotel with 150 beds, a wellness center, indoor and outdoor pools, an aqua park and a parking lot for guests.

– The hotel company Infofin, which owns three hotels, Royal-Spa in Banja Koviljaca, Royal-Drina in Mali Zvornik and Gucevo in Banja Koviljaca, is in the final stages of negotiations with the local self-government about the construction of a facility with several units – Masic says and adds that the urban planning projects are being completed and that the realization is expected to begin this year.

The complex should take up a total of 7 hectares, whereas the thermal waters should be used for production at plastic green houses on an additional 2 hectares. According to our interviewee, the investment is worth EUR 7.5 million. 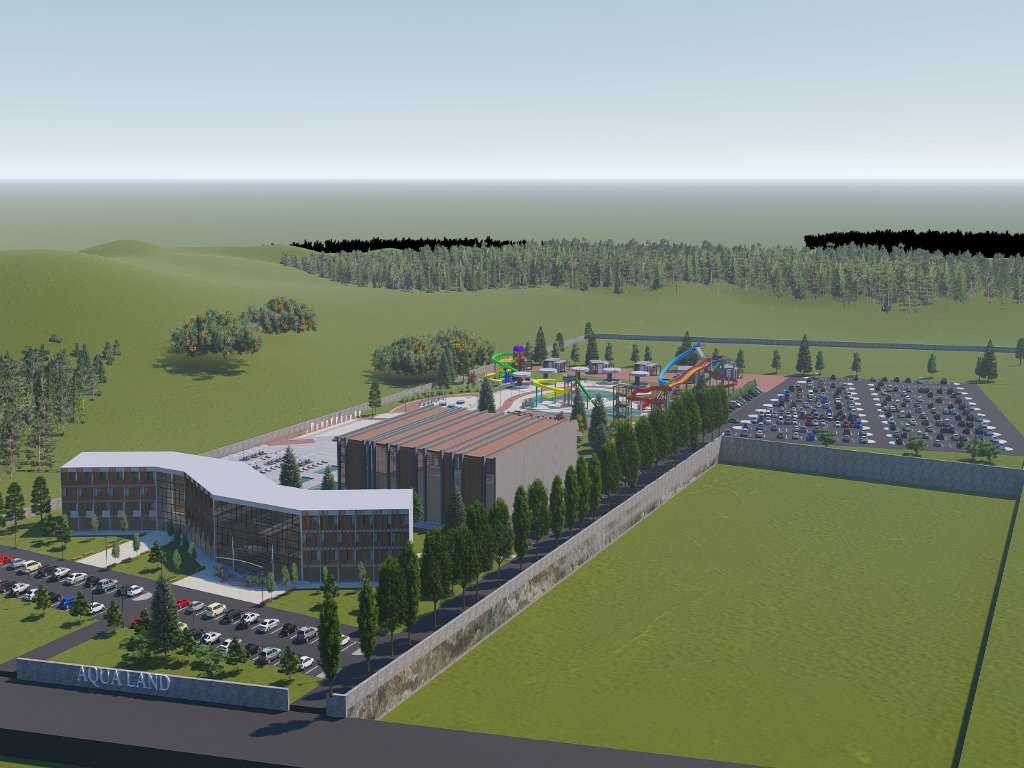 The preliminary design of the future tourist complex in Bogatic (Photo: TO Bogatić)

– Considering the geothermal potential, the good road network and the proximity of larger cities, with around 3,000,000 people within a 100-km radius, we expect more such projects and interested investors – Masic concludes.