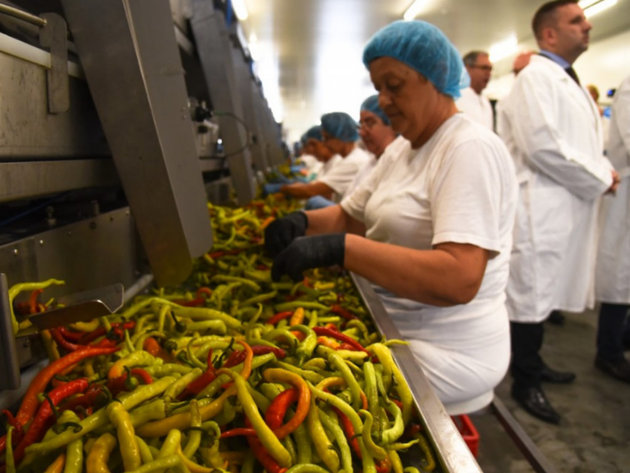 (Photo: Pokrajinska vlada)
A fruit processing factory of the German company Mamminger Konserven – SRB, worth EUR 4 million, which will employ around 250 workers, opened yesterday in Gospodjinci, near Zabalj, in Vojvodina.

The company's main activity is the processing of cucumbers, which it buys out from more than 2,000 subcontractors in Serbia, and one third of around 15,000 tons of bought out cucumbers will be processed at the new factory in Gospodjinci.

– Having such a factory in Serbia is an important thing. The Government of the Republic of Serbia has prepared the Law on Hiring Seasonal Workers in Agriculture, thereby enabling the employment of 22,500 workers – said Agriculture Minister Branislav Nedimovic.

– Slightly more than a year after the laying of the foundation stone for this factory, we can now happily say that we have made a step towards the future, in which we will continue developing and expanding this factory with the support of the governments of Serbia and Germany – said the director of Mamminger Konserven, Klaus Herpel.