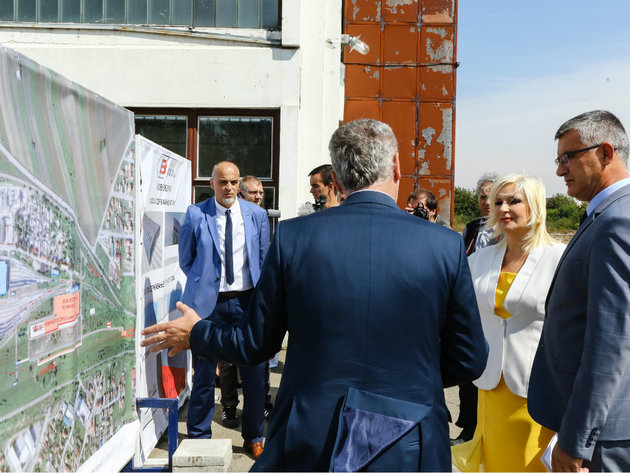 The works on the construction and the modernization of the Technical-Passenger Station Zemun began today. As the Minister of Construction, Transport and Infrastructure, Zorana Mihajlovic, pointed out, the new station will allow for a quicker and more efficient maintenance of trains.

– By the end of 2020, we will have reconstructed 800 km of railways. We are building the Belgrade-Budapest railway, we have invested EUR 200 million in new trains so far and another EUR 100 million will be invested. Our goal is for citizens to want to get on our new trains and to use the railway – she said, as announced on the ministry's website.

Jugoslav Jovic, the director of Srbija Voz, said that this project was being realized thanks to the EBRD credit worth EUR 52 million. He added that the completion deadline period was 27 months.

Thanks to this project, Zemun will be put on the map of the state's transportation infrastructure, said Dejan Matic, the president of the municipality of Zemun.

– Furthermore, we are building a terminal for international boats. Also, next year, Batajnica will get an interchange and a connection to the bypass route around Belgrade.