Maxima Lucani to expand production capacities – Construction of distribution center in progress, facility for cement products to open by 2021 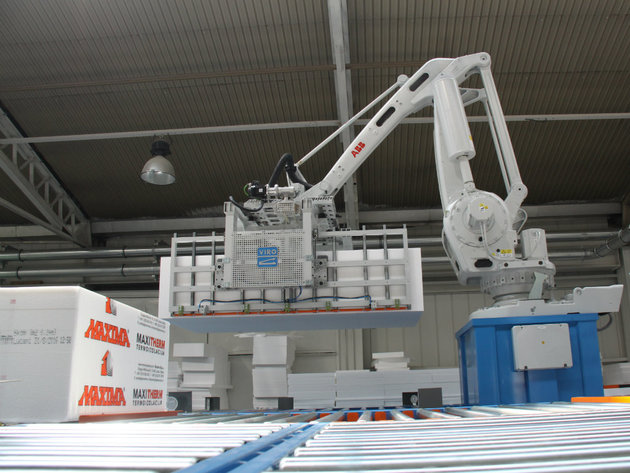 (Photo: Maxima Lučani)
When the Jankovic family founded Maxima back in 1990, they had the trading business in mind. However, as there were no quality materials they could trade with, due to the sanctions in the Serbian market, they started producing paints in Lucani in 1994.

Maxima began producing in a rented space of an agricultural cooperative, with an initial capital of 800 Deutschmarks and only two employees, the company's marketing director, Srdjan Jankovic, says for eKapija.

– Our first product was MAXIPOL, a paint for interior walls, which made our company recognizable. The initial plan was to produce only for the company's own retail needs, but as there were no quality materials in the market, MAXIPOL was very well accepted, so the focus gradually shifted from trade to the manufacture of paints – Jankovic says.

He points out that Maxima has gone from 5 tons a day to 1,000 tons of finished products a day, with 215 employees, which, he adds, makes it one of the leaders in the production of materials for the finishing works in the construction sector in the region. 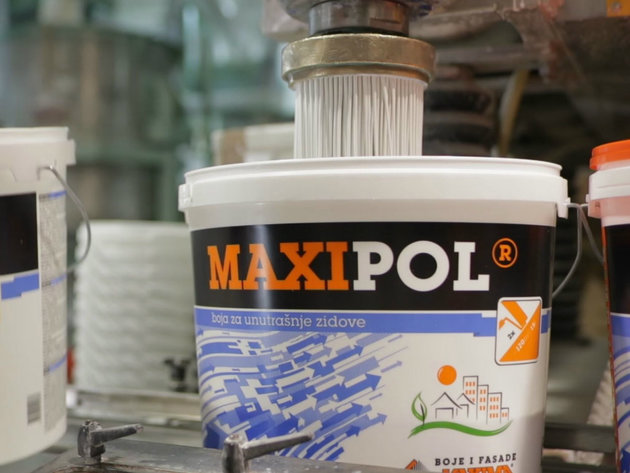 (Photo: Maxima Lučani)
What sets Maxima's paints, mortars, adhesives, coatings and skim and joint plasters apart from other products in this sector, where the competition is strong, is the price/quality ratio, according to our interviewee.

– The reason is that we realize a large volume of production with a relatively small number of employees and that increased productivity burdens the price less. As we are a family company, we can afford to work at a certain profit rate that allows us to develop as a company, while offering quality products on the market, not burdening the product with shareholders' earnings, as practically the entire profit is reinvested in the operations. Besides, as a local company, which is not part of a large multinational company, we don't have the administrative costs which large companies inevitably have – Jankovic says and adds that such costs are reflected in product prices, without increasing product or service quality.

At the end of 2018, Maxima had produced and put 145,000 tons of finished products on the market of Serbia, but also the foreign market.

– In 2018, our income amounted to EUR 35 million. Around two thirds of the amount were realized in the local market, through specialized stores, and one third was realized in the exporting markets, primarily the former Yugoslav states, but also Slovakia, Malta and even Italy, which is the cradle of quality paints – our interviewee says.

The company constantly invests in the expansion of capacities, and it is currently working on expanding its storage capacities.

– Within the existing production facility, we are currently completing the works on the central storage space for finished products on an area of 3,000 m2, with 7,700 pallet spaces, and the plan is for this warehouse to become operational by the end of November 2019. This investment, worth RSD 90 million, is partially realized through a credit from the Development Fund, which is considerable help for us and we are glad that local businesses have been recognized as one of the key driving engines of Serbia's economy – Jankovic says.

According to him, the new distribution center will enable the company to considerably widen its product range, to supply the market more quickly and to increase the productivity during the winter months, off-season, when the products are stocked. 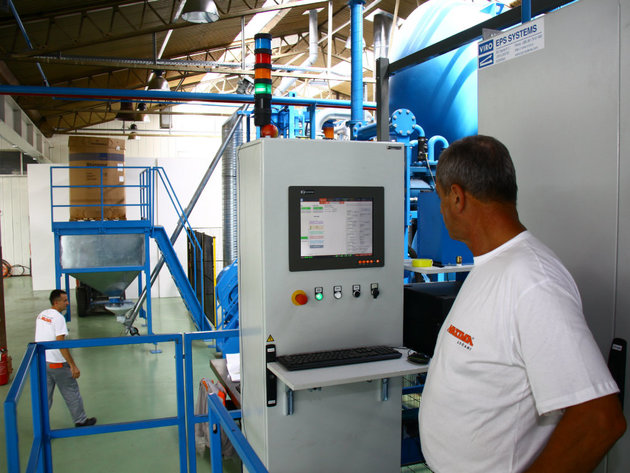 (Photo: Maxima Lučani)
Jankovic reveals that Maxima plans another large investment next year – the construction of a facility for the production of cement products, which is expected to be commissioned in 2021.

They plan to further develop their products, but also to penetrate new markets.

– A month ago, we put long-oil-alkyd-based coatings for wood and metal on the market, and the plan is to continue developing coatings based on dearomatized solvents. Also, we are intensively working on forming distribution channels in other markets in the region, but also in Western Europe – eKapija's interviewee says.

Jankovic emphasizes that Maxima pays a lot of attention to investors and contractors, as they are the ones that set aside money to purchase their products and the company's success depends on their satisfaction. They have therefore launched the Maxima Academy, free training for professionals who want to learn everything about the proper and efficient application of Maxima's products.