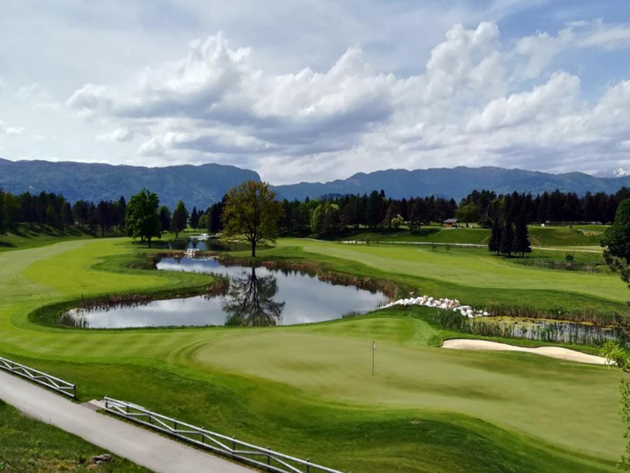 (Photo: Printskrin)
On over 63 hectares in the Pinosava settlement near Belgrade, a true paradise for all golf fans is to be raised, consisting of 18 golf courses and outdoor training courses on grass and sand. The plan is to also build a sports-recreation complex for training sessions and matches, but also for recreational activities. The complex should feature outdoor basketball, volleyball and handball courts, outdoor and indoor pools, a spa and wellness center, a gym...

All this is envisaged in the Detailed Regulation Plan for the golf settlement in Pinosava, which was put up for public review by the Secretariat for Urban Planning and Construction Works of the City Administration of Belgrade today and which will be available to all interested citizens until September 23.

As said in the plan, prepared at the Urban Planning Institute of Belgrade, the sports-recreation complex will cover an area of around 10 hectares and, in addition to the above-mentioned features, it will also contain indoor sports courts, training halls, sports proving grounds and even an aqua park.

Within the outdoor golf courses, next to the planned auxiliary structures (locker rooms, toilets, rooms for the mechanization and court maintenance materials, golf equipment storage rooms...), according to the plan, there will be accompanying commercial facilities – a golf club, a gift and golf equipment shop and hospitality facilities.

Access to the planned sports complex is planned through Avalska Street, and access to the outdoor golf courses and the residential zone is planned through Nova 4 (Secanjska) Street. The area covered by the plan amounts to a total of 78.8 hectares, and the final border will be determined in the phase of the preparation and the verification of the Draft Plan.

Let us remind that the decision on the realization of golf courses and other sports features on the land which is largely publicly owned by the City of Belgrade and which investors are interested in was adopted by the City Assembly of Belgrade at a session held in June 2018, at the initiative of the Belgrade Land Development Public Agency.
Companies:
Grad Beograd, Sekretarijat za urbanizam i građevinske poslove
Urbanistički zavod Beograda
Tags:
Secretariat for Urban Planning and Construction Works of the City Administration of Belgrade
Urban Planning Institute of Belgrade
Pinosava golf courses
golf settlement in Pinosava
Pinosava golf
Pinosava sports faciltiies
Pinosava
Secanjska Street
Avalska Street
Share: