US company John Deere to arrive to Serbia – Construction of six distribution centers, investment worth 5 to 6 million euros 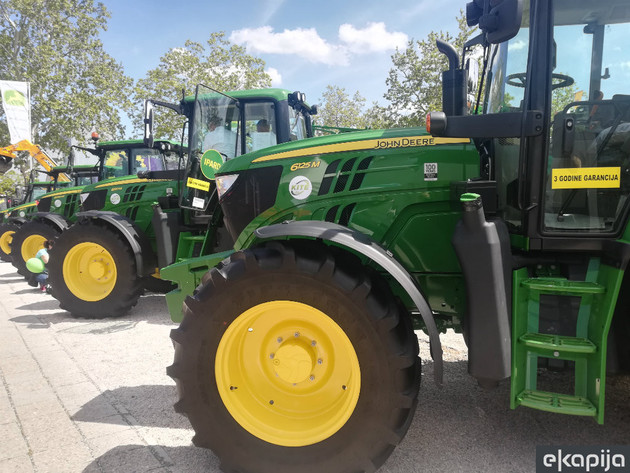 (Photo: Aleksandra Kekić)
The American company John Deere, the world's most famous producer of tractors, has arrived to Sremska Mitrovica, where it will build a distribution and sales center and an education center in the second half of 2020, Serbian Agriculture Minister Branislav Nedimovic confirmed for Politika.

As eKapija recently announced, the company is coming to Serbia through the Hungarian company KITE DOO, the official representative of John Deere tractors and combines for Hungary and Serbia.

Sandor Csanyi, the owner of this Hungarian agribusiness company, is also a co-owner of OTP Bank and Vojvodjanska Banka, Politika writes.

– The investment is worth 5 to 6 million euros, and they plan to build six such distribution centers in Serbia, including Backa Topola and Novi Sad – Nedimovic said and added that, in addition to tractors, they would also produce seed materials. He also said that everything would be tied to credit lines.

As Politika writes, this American corporation, which primarily produces agricultural, building and forest mechanization, is headquartered in Illinois and has an annual income of over USD 37 billion. It has recently become the owner of land in Sremska Mitrovica.