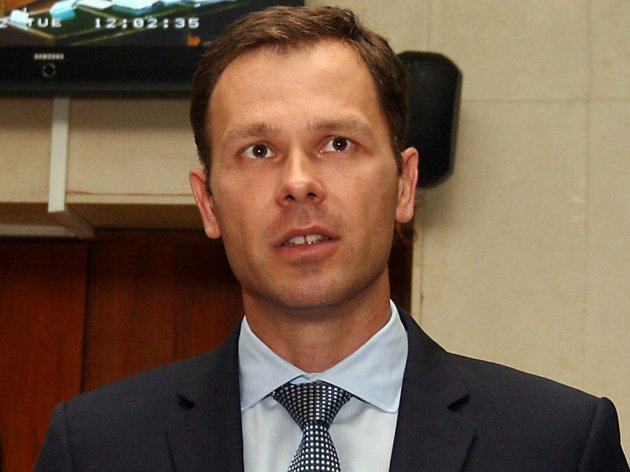 Sinisa Mali (Photo: beograd.rs)
Serbian Finance Minister Sinisa Mali has stated that four non-binding bids have been sent for the privatization of Komercijalna Banka, which will be opened on Tuesday, September 10.

The deadline for the submission of non-binding bids expired on September 6, and Mali says that they had counted on there being four bids anyway.

– If all the non-binding bids meet the requirements, the next phase will be initiated, in which the bidders will analyze the bank’s operations – the minister told the press after visiting the Tax Administration branch office in Cukarica and the Srbo Auto company in Ostruznica.

The making of binding bids is then to follow, he added.

– In any case, the fact that there are four interest partners says enough about how attractive Komercijalna Banka is – Mali said and added that he expected the privatization process to be completed by the end of the year.

When asked about the agreement between the Republic of Serbia, the European Bank for Reconstruction and Development (EBRD) and the International Finance Corporation (IFC) to have 34.58% of Komercijalna Banka’s shares owned by the EBRD and the IFC sold to the Republic of Serbia, Mali said that it was not Serbia’s decision, but a request made by these international institutions, which are looking to get out of the ownership structure.

– The agreement was signed back in 2011, allowing these foreign institutions to sell their stakes in Komercijalna Banka. They announced their exit back in 2018, not because the bank is not successful, but because they have certain rules about how long they can keep ownerships in banks – Mali said.

Upon the completion of this transaction, the Republic of Serbia will have 83.23% shares of Komercijalna Banka, and Mali said that this decision simply happened to coincide with the process of finding a strategic partner for Komercijalna Banka.